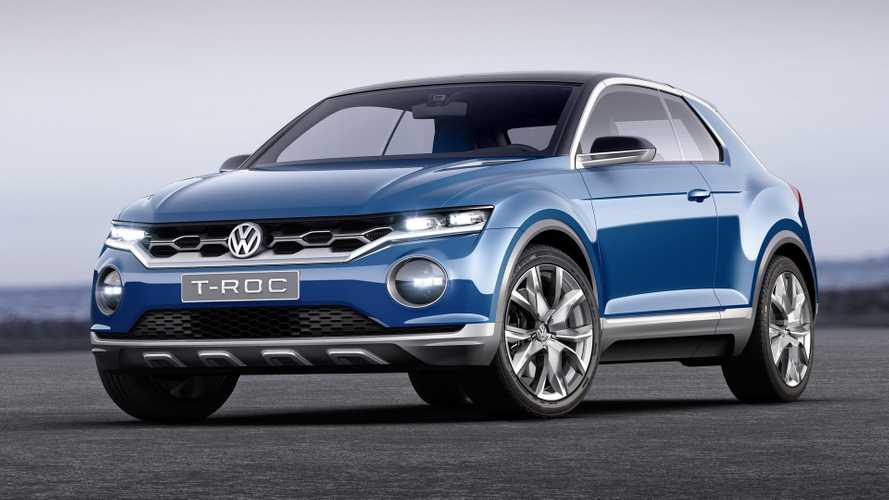 Following the launch of the seven-seat Tiguan and the bigger Atlas, Volkswagen’s crossover and SUV assault will continue this year with the introduction of a new compact model. Previewed three years ago by the T-Roc concept, the new high-riding model from Wolfsburg is said to come out on the old continent in August, so we’ll likely see it one month later at the Frankfurt Motor Show.

Aside from being offered in Europe, the T-Roc is also U.S.-bound, but the bad news is it won’t be available right away. Automotive News has learned from a source close to the folks from Wolfsburg the model in question is scheduled to arrive in United States in 2019 after local dealers gave VW assurances they’ll be able to move enough crossovers to make a profit.

When it will arrive quite possibly with a different moniker, it’s going to slot below the aforementioned stretched Tiguan. There is one burning question about the U.S. version of the compact crossover: Where is it going to be manufactured? One possible location is the company’s Chattanooga factory in United States where the U.S.-spec Passat (based on the previous generation) comes together alongside the new Atlas seven-seat SUV. Another way to go would be VW’s assembly plant in Puebla, Mexico where the Beetle, Jetta, and Golf are produced.

AN reports the T-Roc might actually be imported from Palmela, Portugal where the crossover is going to be assembled for the European market. As a side note, VW’s official “employee magazine” already has the MQB-based model featured on the website with an image of the concept and with a start of production date set for the second half of 2017. On that page, VW describes the concept as being “in the same format as the Golf” and positioned underneath the Tiguan. At the same facility, the SEAT Alhambra and VW Sharan MPVs are made, along with the Scirocco coupe.

Keep in mind VW’s crossover portfolio will be further expanded with the addition of a Polo-based model previewed by the 2016 T-Cross Breeze concept. The subcompact model has already been caught on camera and should go official by the end of 2017.