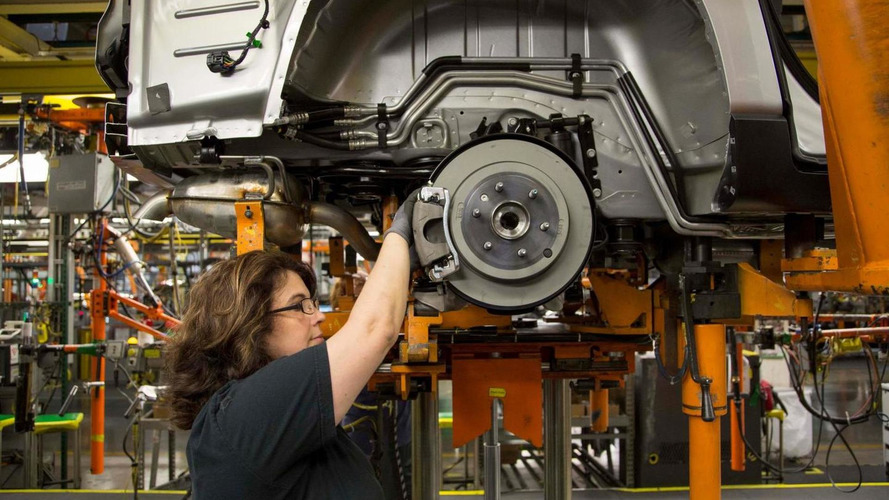 Demand for the gearbox is rising.

General Motors is hiring – the American manufacturer will add approximately 220 new jobs at its Romulus Powertrain Plant. This is the place where the company’s 10-speed automatic gearbox for multiple products is manufactured.

In addition, next year, nearly 500 jobs will be retained at the Lansing Delta Township plant in support of the all-new Chevrolet Traverse and Buick Enclave production, scheduled to start in the first quarter of 2018. Also, approximately 180 jobs will be redeployed from the factory to support assembly of the Chevrolet Silverado HD and GMC Sierra HD pickups.

“The job commitments announced today demonstrate the confidence we have in our products, our people and an overall positive outlook for the auto industry and the U.S. economy,” Mary Barra, General Motors Chairman and CEO, commented.

Earlier this year, the American manufacturer announced it is investing $1 billion into its U.S. factories. It decided to move production of axles for the next-generation full-size pickups from Mexico to Michigan, adding 450 jobs in the state. The investment will result in a total of 1,500 new or retained jobs.

“As the U.S. manufacturing base increases its competitiveness, we are able to further increase our investment, resulting in more jobs for America and better results for our owners,” Barra then said.

In contrast, more than 2,000 jobs were cut from General Motors’ factories in Michigan and Ohio, responsible for production of traditional cars. Since January 16, the third shift at the Lansing Grand River plant, where the Chevrolet Camaro, Cadillac ATS, and CTS are produced, is removed, affecting 810 hourly employees and 29 salaried workers.

WILLOW RUN, Mich. — General Motors today announced it will add or retain approximately 900 jobs across three Michigan facilities during the next 12 months. The 900 jobs are in addition to the 7,000 jobs and $1 billion in U.S. investments GM announced earlier this year.

GM also outlined a series of programs the company is supporting to promote the overall development of skills required for future job growth in Michigan and the U.S.

As a result of working closely with the UAW to grow the business, GM has identified the following job opportunities:

“The job commitments announced today demonstrate the confidence we have in our products, our people and an overall positive outlook for the auto industry and the U.S. economy,” said GM Chairman and CEO Mary Barra.

As previously announced, the Lansing Delta Township Plant will be adjusting production plans this spring as the plant transitions from building three models, the Chevrolet Traverse, Buick Enclave and GMC Acadia (all-new GMC Acadia now built in Spring Hill, Tennessee), to two models, the all-new Chevrolet Traverse and Buick Enclave. During this transition, the plant will not operate a third shift. When the plant has fully launched the new crossovers by early 2018, GM will bring back approximately 500 jobs to give the company flexibility to meet market demand for the new crossovers.

Since 2009, GM, along with the UAW, announced investment commitments in Michigan of nearly $10 billion.

GM also outlined its support for several initiatives aimed at promoting the development of engineering and technical skills required for future job growth in Michigan and the U.S.:

“With the rapid pace of change in our industry, it’s very important the U.S., and Michigan, are able to attract the best technical talent in the world for our most critical jobs and careers,” said Barra. “Supporting programs that promote STEM is a key part of ensuring we have access to the technical talent needed to win in the future.”