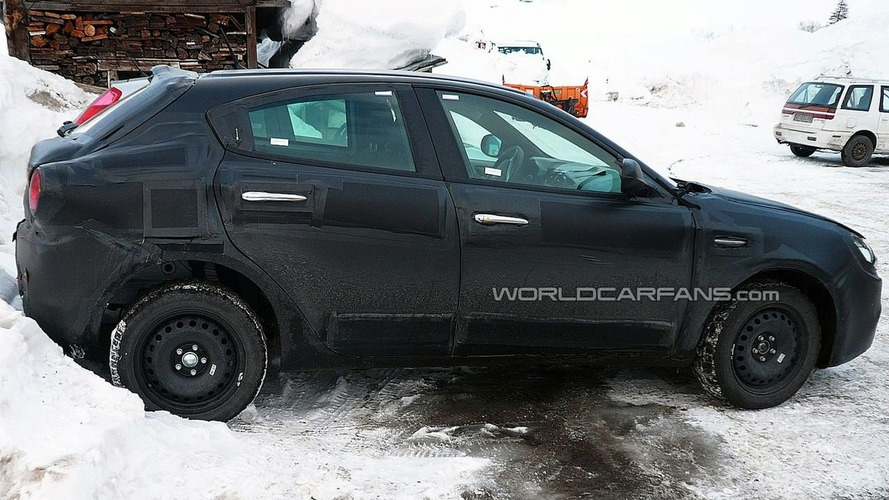 Alfa Romeo’s replacement for the 147 has been spotted under going winter testing in Northern Europe and although it’s heavily camouflaged, we can easily see the new car’s profile as well as a glimpse of the interior.

Alfa Romeo's replacement for the 147 has been spotted under going winter testing in Northern Europe and although it's heavily camouflaged, we can easily see the new car's profile as well as a glimpse of the interior. Originally speculated to be called the 149, the new model will instead adopt the Milano nameplate which was revealed as part of Chrysler's restructuring plan.

Little is known about the new model but we can expect it to be based off the same platform that is used on the Fiat Bravo and the Lancia Delta. This means that the car should measure somewhere in the neighborhood of 434 cm in length with nearly 260 cm of that being dedicated to wheelbase. The Milano will come standard with Q2 front-wheel drive but an all-wheel drive Q4 model will also be offered.

Power options will mirror that of those offered in the Milano's corporate cousins, so a variety of T-jet petrol and Multijet diesel engines should make their way under the hood. Petrol power should come from the brand's 1.4-liter T-jet engine which will be offered in 120 and 150 bhp trim. On the diesel side we can expect the 1.6 Multijet with 105 and 120 bhp as well as the 1.9 Multijet with 120 and 150 bhp. Of course being an Alfa Romeo, a GTA version will appear a few months after the standard Milano goes on sale and it should crank out at least 265 horsepower.

The new Milano is expected to debut at this year's Frankfurt Motor Show in September and European sales should start in late 2009 or early 2010. No word yet on when or if the Milano will go on sale in North America but with the recent tie-up between Chrysler and Fiat, it seems likely.