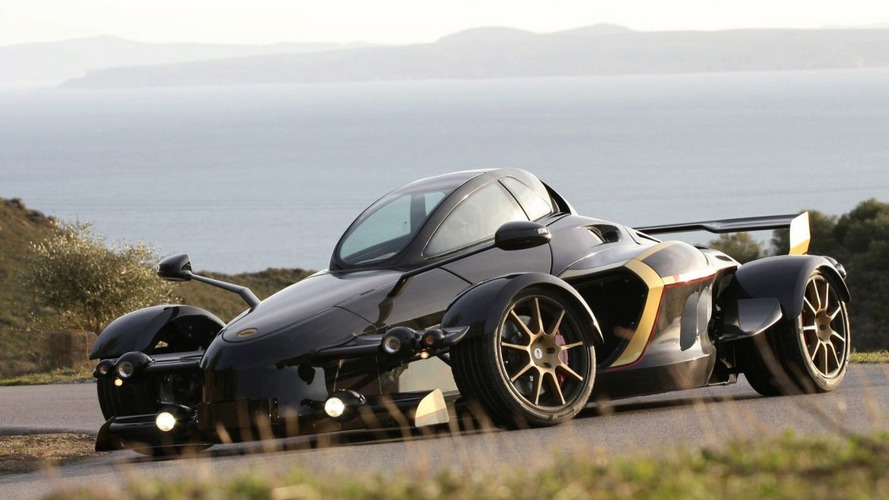 First pictures of the a.d. Tramontana R-Edition supercar have surfaced. Advanced details say the car is capable of hitting 100 km/h in 3.6 seconds.

Catalonian supercar manufacturer Tramontana Group have just released their new update on the a.d. Tramontana. The R-Edition was announced today just before its official unveiling in Girona, on Spain's Costa Brava.

We're not really sure what to say about the look of the car. In black with gold tones, the new supercar has a distinct Batmobile appeal. The cabin covering almost looks like the bubble domes on a car designed by Homer Simpson. Inside it looks very cool, with a special head-up display, and all other controls within easy reach.

Weight distribution on the new edition is a perfectly split 50-50, after engineers cut 92 kilograms off the already lightweight 1,360 kg car. We're not really sure where the workers found 92 removable kilos. The chassis and body are made entirely from aluminum and carbon fibre, while the light carbon fibre wheels are also utilized. More details about the weight savings should come tomorrow, but it may have something to do with the 50 millimeter shortened chassis.

Despite lightening the supercar, it will now come with both power steering and a traction control system. A front splitter was added, and the front and rear spoilers were replaced. New steering wheel, and gauges greet the driver.

But a push of one button in the car supposedly whips out a full 760 horsepower from the V12.

Simply amazing. We will hear more about the a.d. Tramontana R-Edition, and its supposed 385,000 euro price tag tomorrow. Hopefully, it has a horn that plays "La Cucaracha."