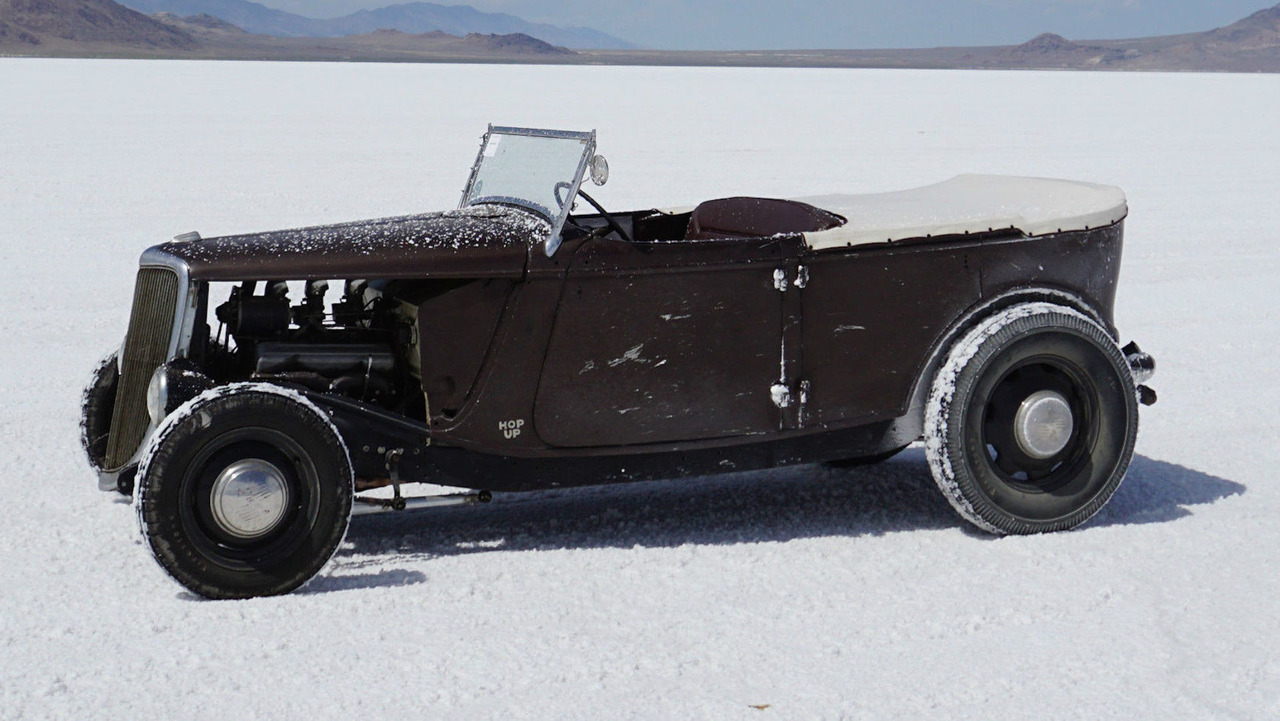 The Bonneville Salt Flats: where speed dreams turn into reality. The annual Speed Week event held in Utah pits some of the fastest – and often strangest – vehicles against each other all in pursuit of straight-line speed. This 1934 Ford Phaeton is no stranger to Speed Week, and it could be in your driveway if the price is right.

The rodded-up Ford is up for sale on eBay

with a 'Buy It Now' price of $35,000 – or you can try your luck against 13 other interested bidders. The car was hand-built by the seller more than four years ago, and has been to a number of events around the country, including the Texas Lone Star Roundup, and Bonneville Speed Week, of course.

The retro body, meanwhile, is accented by a set of staggered 16-inch 1940 Ford blackballs, a canvas tonneau cover, a chrome spreader bar, and a pretty minimalist, but mostly clean interior. The steering wheel is off a ’40 Deluxe, and the column is off a ’41 pick-up.

The seller says it runs great, and it’s even good for an 85- to 95-mph jaunt down the highway when you’re not trying to break any Bonneville speed records. It’s up for sale in Escondido, California, but you better hurry if you want it, just one day is left on the auction.