This is our best look unit at the new supermini hatchback.

A pair of new spy photos from Cars.co.za reveals the next-generation Volkswagen Polo without much camouflage. The design is surprisingly close to a recent rendering of the car.

As expected, Volkswagen’s designers take an evolutionary approach for the Polo styling update. The headlights have a more oval-like shape, and there appears to be angular running lights inside of them like on the recently facelifted Golf. A revised grille features the company emblem in the center and thin chrome strips on each side. The angle of this spy photo doesn’t provide a great look at the fascia, but there seems to be two tiers of intakes that accentuate the vehicle’s width. At the back, larger taillights cut into more of the hatch than the current model, but the bumper styling is surprising similar to what’s on the road today. 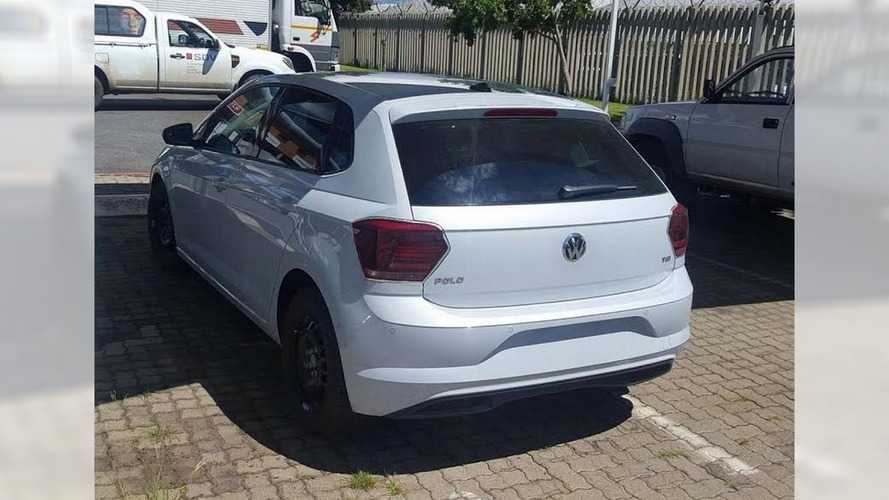 These photos don’t let us see the interior, but rumors suggest that big upgrades are coming for the Polo, including better materials. The options reportedly include VW’s fully digital instrument cluster and an advanced infotainment system.

The Polo moves to the small version of the MQB platform that’s under the latest Seat Ibiza. The fresh underpinnings let the supermini grow have a larger footprint for a bigger cabin, but new chassis allegedly reduces the over weight versus the current model, too.

Volkswagen is reportedly reducing the powertrain options to 12 choices from the current 14. Buyers would still have multiple three- and four-cylinder powerplants to choose from, though. A hybrid is allegedly part of the range, and the new Polo GTI might have a 2.0-liter turbocharged four-cylinder with around 200 horsepower (149 kilowatts).

According to a recent rumor, the new Polo will debut at the Frankfurt Motor Show in September. In the future, the company will also add a crossover on the same platform that will take advantage of the current boom in that segment.