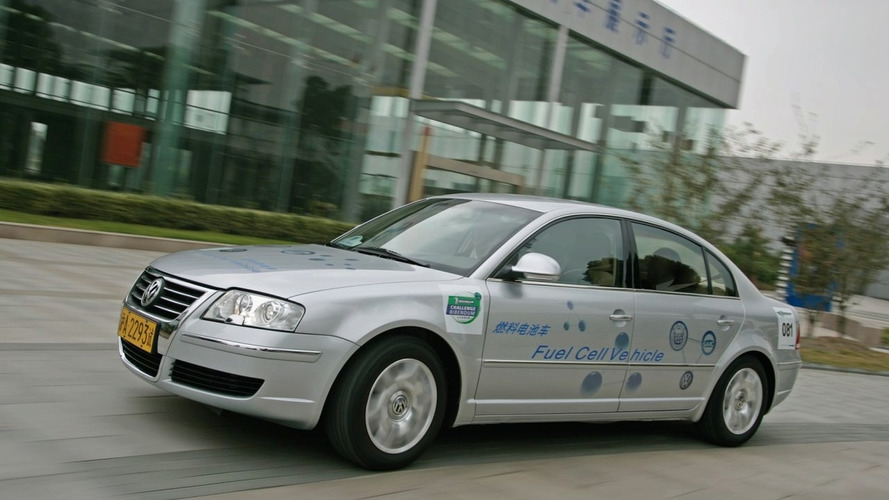 Volkswagen Group of America will be testing 16 Shanghai Volkswagen Passat Lingyu fuel cell vehicles as part of the California Fuel Cell Partnership. The vehicles, part of a Chinese joint venture between VW and Shanghai Auto, first debuted during the 2008 Olympics.

The zero-emission cars were utilized in Beijing as fleet vehicles, clocking almost 50,000 miles. They were developed by the two auto companies and scientists from Tongji University. The Passat Lingyu can reach speeds of about 90 mph, with a range of 146 miles. Their only by-product emissions is water and oxygen.

Rumor has it mass production of the Shanghai Volkswagen Passat Lingyu will start in China some time next year. If all goes well with a test run in California, Volkswagen would certainly consider bringing the vehicle to the U.S. as a fleet model.