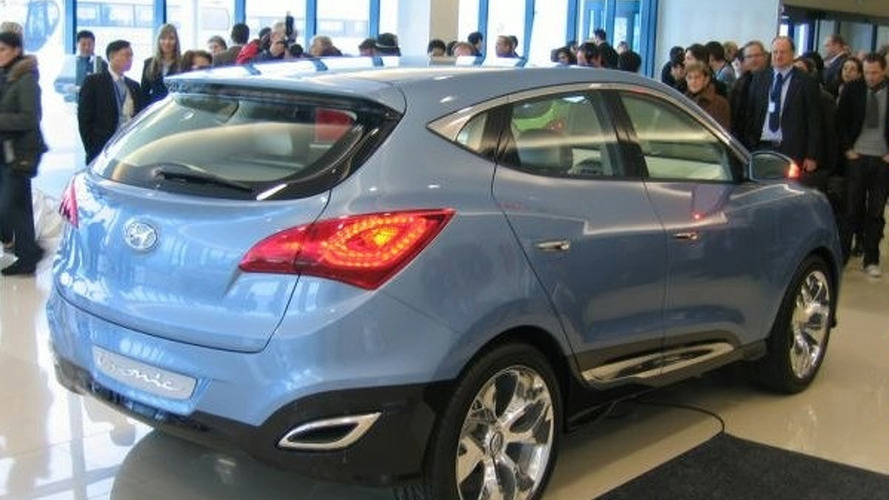 Hyundai has unveiled their new ix-onic (HED-6) concept at a press event ahead of the car’s official debut at the Geneva Motor Show next month.

Hyundai has unveiled their new ix-ONIC (HED-6) concept at a press event ahead of the car's official debut at the Geneva Motor Show next month. The concept hints at the company's future styling direction for an upcoming compact SUV and from the looks of it, Hyundai may have a hit on their hands.

The brand's traditional conservative styling is thrown out the window and is replaced by a dramatic exterior that features a blend of muscular curves and sharp angular lines which helps to create an impressive and sporting appearance. Among the many design details are back-swept front headlights, a hexagonal grille, 21-inch mirror-polished alloy wheels, and a special three-dimensional rear window that is made from high-performance plastic instead of traditional glass.

Under the hood sits an all-new 1.6-liter GDi turbocharged engine which produces 175 HP and is connected to a brand-new six-speed automatic transmission that was developed in-house.

The company will also use the Geneva Motor Show to debut the new i30 blue which features engine stop/start technology to achieve a 7% increase in fuel economy and the new i20 three-door.