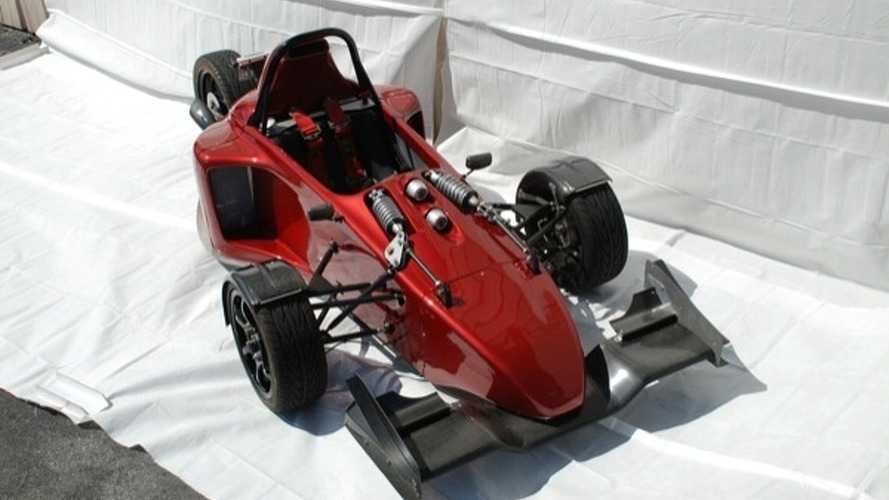 The Scorpion Prodigy P6 is a three-wheeler whose one wheel is at the rear. It's powered by a Suzuki Hayabusa engine and is said to pull 1.5g on a skidpad.

When people downsize because of economic conditions or environmental concerns they pretty much take a step or two down the model ladder. Where one would be coming from to buy this three-wheeler is uncertain but perhaps the subtraction of one wheel makes the rationalization process easier. Nevertheless the Scorpion Motorsports Prodigy P6 attempts to marry some of the characteristics of a lightweight single seater sports car with the thrill of a superbike. After all it's powered by the same engine used in the Suzuki Hayabusa - though we aren't sure if it's the 128kW (171.1hp) or 147kW (197hp) version.

In any case there seems to be good stability in the package as its makers claim it will pull 1.5g on a skidpad. As far as the 0 - 60mph time is concerned Scorpion says the Prodigy will cover it in 3.3 seconds. The Prodigy is made to compete with established stars like the Ariel Atom and KTM X-Bow. It comes with a price tag of US$40,000.