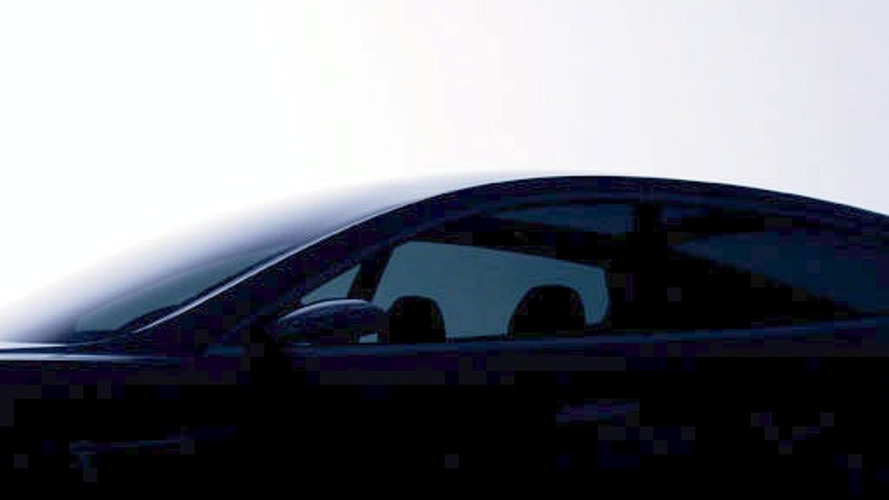 A new teaser image of the Tesla Model S has been released, but will the car ever be?

A new teaser image of the Tesla Model S has emerged on the web, showing the company is moving forward on their electric sedan despite reports of financial problems. This is the second official teaser released this month. It was e-mailed to customers who purchased the Tesla Roadster as an invitation for the new sedan's unveiling.

Tesla has previously said the five-passenger car will have a range of about 225 miles on a single charge. Unfortunately, it will take at least four years before cars begin to roll off the factory lineup. The company plans to release a 1,000-unit Signature Series of the car, with early customers required to pony up $40,000 to reserve the vehicle.

The Tesla Model S will have a swept back design, with rear windows being tapered on the top and bottom. The four-door has slim side-view mirrors, and door handles that likely match the other chrome detailing on the car. Wheels have a distinct engine turbine look to them, riding very close to the car's body. The front-end is rounded off, which should give the vehicle a nice sporty look when combined with the wide, high rear-end. Both front and rear lights will be angled, with at least some carbon-fibre looking material being used at the back. Pricing details of the car have fluctuated from under $30,000 on up to $60,000.

After an introduction period, people will be able to order a Model S by putting $10,000 down. A discount of $10,000 for current Tesla Roadster owners has also been reported. It is unclear if that discount also applies to people who ordered, but have not yet received their Roadster.

Still, any lump sum of cash could be viewed by some as a gamble. Customers will be putting money upfront on a car that still doesn't have a production facility. No doubt Tesla's recent business maneuvers will also put-off potential customers from laying down large amounts of cash. Aside from being plagued with delays on their Roadster, the company has made several unannounced moves that took many by surprise. Last October saw the sudden closure of their research and development facility in Michigan, and the apparent desertion of their headquarters. Although a shift in management and new financing restarted operations, it will take some time for people to forget the panicky moves. And who knows what will happen if they are not able to raise more financing?