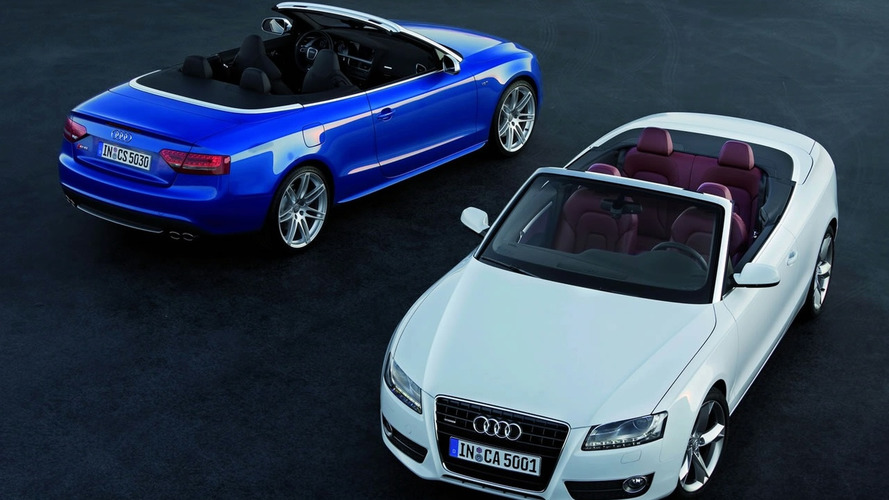 Audi's cabriolet siblings the 2010 A5 and S5 come in 15 different colours and a hail of engine choices. The S5 is a topless blast at 245kW.

Extra sporting types can opt for the S5 Cabriolet which uses a 3.0-litre supercharged engine for 245kW (333hp) and 440 Nm (324.53 lb-ft). The supercharger is placed between the two cylinder banks. WCF has learned this form of force-feeding was Audi's second choice to two turbochargers which unfortunately could not physically fit in the same space. The S5 Cab dispatches the 0 - 100km/h sprint in 5.6 seconds.

There are 15 exterior colours available with the A5/ S5 range and four for the canvass top. The roof can be lowered in 15 seconds while a neck-heating function allows even for cold open top cruising. Some models will be offered with LED daytime running lights as standard. Interior features include Alcantara leather, Audi Drive Select suspension setting, a new generation MMI and a B&O sound system with a 40GB hard drive, all depending on spec. 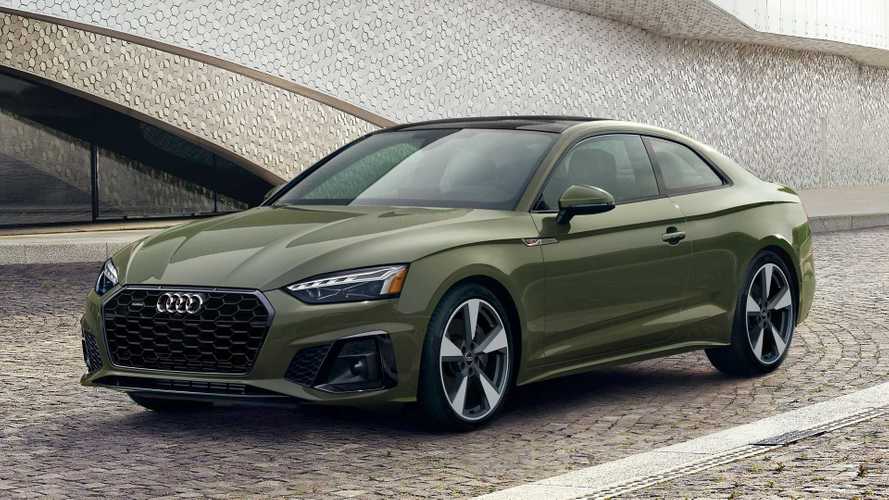