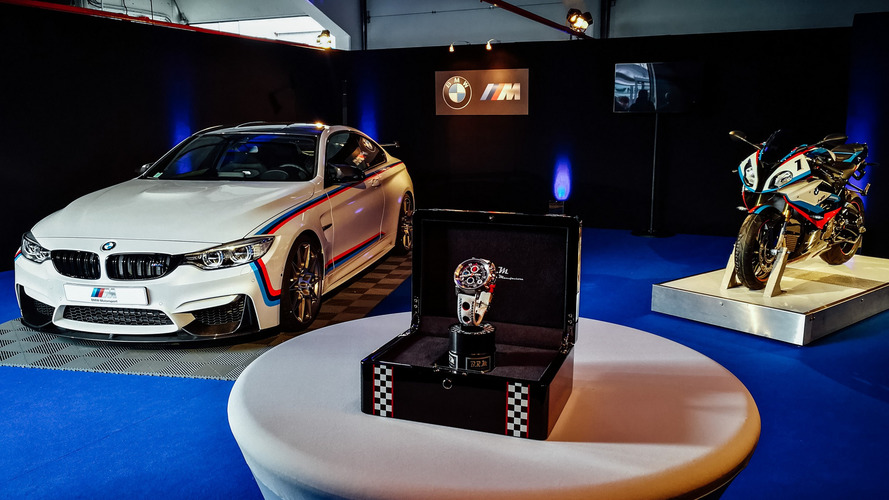 BMW is celebrating its partnership with French track Circuit de Nevers Magny-Cours in a rather stylish way. The Bavarian company will soon start taking orders for a special edition M4, named after the circuit, through its French division.

Based on the M4 Competition Package, the car features a distinctive livery with stripes in the typical M colors, a fixed carbon fiber rear wing, and a carbon fiber front lip. Oh, and, thankfully, those 20-inch multi-spoke lightweight wheels are also part of the package.

Power is provided by the familiar 3.0-liter inline-six turbocharged engine, which delivers 450 horsepower (336 kilowatts) to the rear wheels. When equipped with the optional seven-speed, dual-clutch transmission, the coupe accelerates from a standstill to 62 miles per hour (0-100 kilometers per hour) in only four seconds.

In fact, there’s nothing quite special about the car itself, compared to a standard M4 Competition Package. What’s really impressive here is that the M4 Magny-Cours Edition comes with… uhm, a motorcycle. Yes, once you pay the staggering price of €180,000 ($193,113 at the current exchange rates), you get the M4 and a special edition BMW 1000 RR bike in the same sporty livery.

The superbike was slightly refreshed for 2017 and received ABS Pro as an option and standard traction control. Power remained unchanged at 199 hp (148 kW). Judging by the photos of the special edition 1000 RR, it comes with the optional passenger seat, which is available as a free alternative.