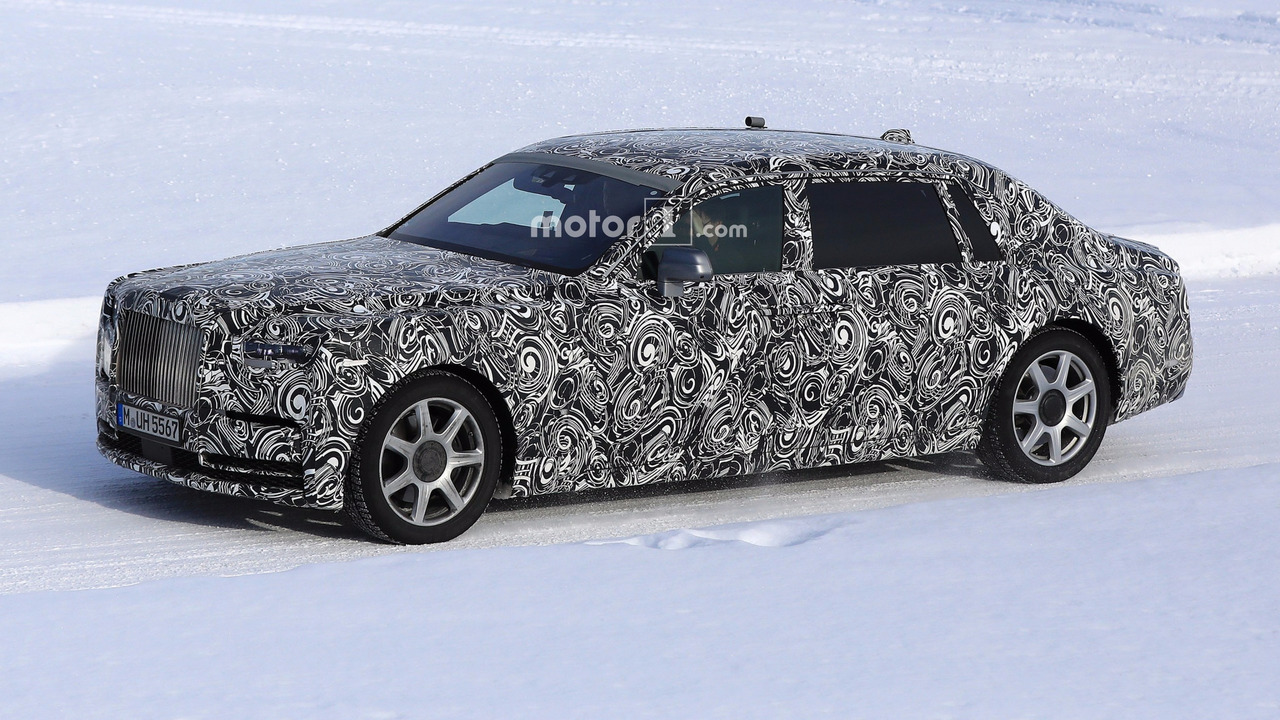 Having wrapped up production of the Phantom VII in January, Rolls-Royce is nowadays channeling all of its efforts into tweaking the next generation to have it ready for an official reveal in the latter half of 2017. While previous spy shots have shown the standard-wheelbase model, the newest batch provides us with a closer look at the more imposing stretched version of the ultra-luxurious sedan.

Thankfully, Rolls-Royce was kind enough to remove some parts of the camouflage and allow us to familiar exhaust tips as well as the mirrors. Look closer and you’ll notice the mirror caps have built-in cameras in the same vein as those of the latest BMW 7 Series where the Surround View system provides the driver with a 360-degree view. Taking into consideration the sheer size of the Phantom Extended Wheelbase, the cameras will sure come in handy when maneuvering the extra-long sedan in a tight spot. More cameras will be installed at the front and rear of the car to obtain an all-around view.

The greenhouse is visible on this prototype and we can also have a better look at the window line, which frankly hasn’t changed that much compared to the old Phantom. As a matter of fact, the overall design is clearly an evolution of its predecessor, and that shouldn’t come as a surprise considering a Rolls-Royce official has already revealed clients would not accept something revolutionary. That being said, the interior cabin will be overhauled as another prototype was spotted last year packing massive dual displays, one serving as the instrument cluster and the other for the infotainment system. Perhaps Rolls-Royce will still offer analog dials for those not willing to go all-digital just yet.

Expect the next-gen Phantom to bow in September at the Frankfurt Motor Show and go on sale shortly thereafter. It remains to be seen whether Rolls-Royce will only introduce the standard version or it will also have the Extended Wheelbase ready from day one.