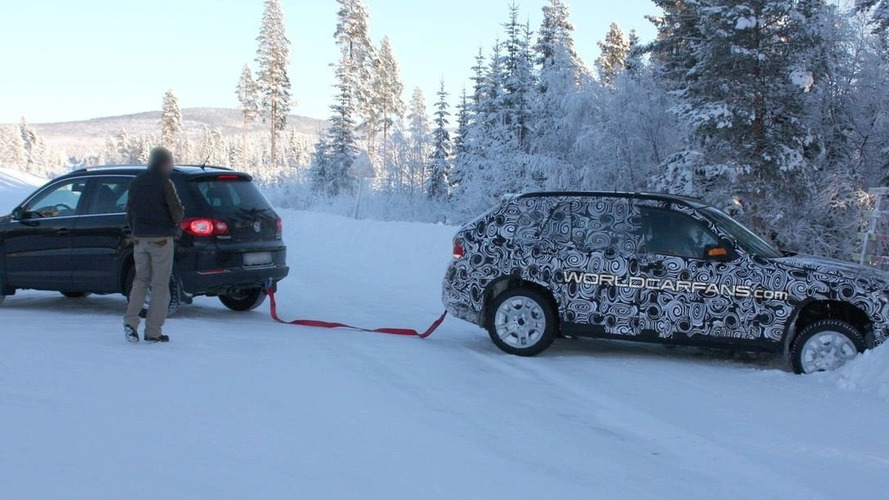 The 2010 BMW X1 got stuck in a snow bank, and had to be pulled out by a rival SAV. Good thing a spy photographer was there to capture the incident.

Looks like the 2010 BMW X1 may not be as adept at driving on snow as BMW would have us believe. Although we're pretty sure the car handles well, it was BMW's misfortune that a test driver lost control of the vehicle, getting stuck in the snow ... with a spy photographer a few meters away.

On the positive side, those are some pretty cool alloys being sported by the test vehicle. These brand new wheels are also new to us, and appear to be different from any other set seen in previous spy pictures. They also differ from those on the X1 concept.

All the spy could say is that the "BMW X1 is not production ready." We just chalk it up to BMW's bad luck. Maybe they can produce a video of the rumored Audi Q3 and Mercedes-Benz BLK suffering the same fate. Or maybe BMW should not have released the video of the X1 drifting on snow after all.