Toyota GT86 Tiger on a hunt for 30 buyers in Germany 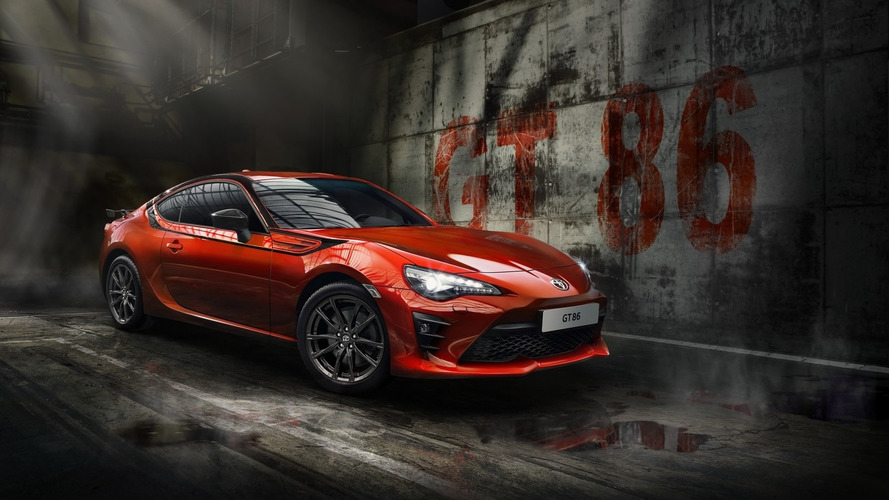 Yet another special edition that doesn't live up to its status.

It was only on Monday when Toyota took the wraps off a not-so-special 86 860 Special Edition and now another limited-run version is being introduced. While the former is going to be a U.S.-only affair, the Tiger will be exclusively sold in Germany and just 30 cars are planned for production. Prospect buyers should hurry up as Toyota says the cars will be available only until the end of the month and all of them are going to be equipped with a six-speed manual gearbox.

The GT86 Tiger can be visually distinguished by its striking “Tiger Orange” paint scheme combined with black accents noticeable on the side mirror caps, the pillars, and on the rear wing. Some black body stripes have also been applied and there are more similar touches on the air vents to provide a bit of a contrast. The anthracite 17-inch alloy wheels round off the dark theme and come paired with Sachs sports dampers, which are in fact the only mechanical upgrade over a standard GT86.

Stepping inside the “clearly upgraded” cabin as Toyota Germany describes it, there is a combination of leather and Alcantara to cover the seats along with suede leather inserts on the door panels as well as on the dashboard. The body’s eye-catching orange livery continues on the inside where there are orange seams. Rounding off the novelties is the brushed aluminum “GT86 Tiger” badge to try and set it apart from the regular model.

Toyota wants €34,990, which frankly seems a bit too much considering a base GT86 starts off at €29,990 in Deutschland. As standard, the car comes with heated front seats and those 30 buyers can spend more to have their cars fitted with sat-nav and rear parking sensors. Toyota should have at least thrown in a copy of Survivor’s Eye of the Tiger to sweeten the deal.

If you would rather have an all-new GT86, the next generation has already been confirmed and it will be out in 2019. Meanwhile, you’ll be able to check out the current model in the Top Gear UK car show where it will perform its duties as the new “Reasonably Fast Car.”