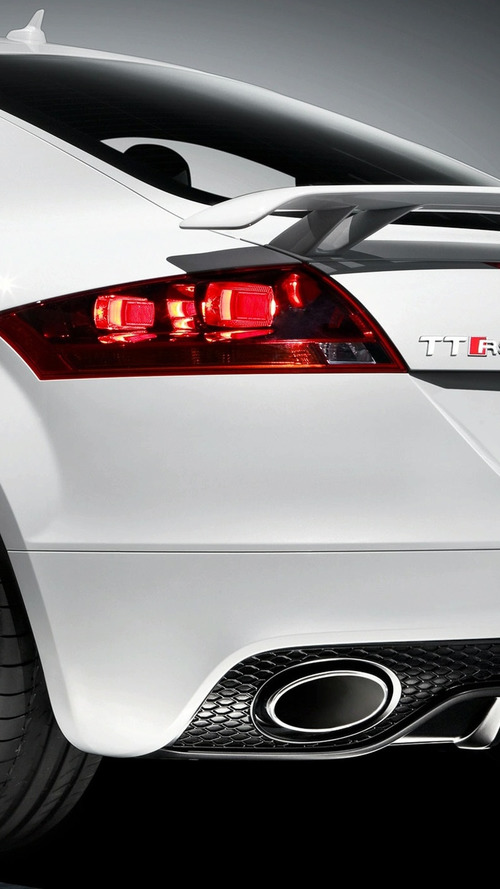 Cropped official pictures of the Audi TT RS have made their appearance. Many details are cut out but the TT RS badge remains. The Audi sports car features LED daytime running lights and RS brake calipers.

The cropping and leaking of official car pictures weeks or even days before they are officially revealed is becoming the new in-thing in the motoring world. Audi is the latest "victim" of this practice after these cropped pictures of the TT-RS leaked out. The high-performance TT looks like a real pocket R8 from these pictures. LED daytime running lights feature prominently at the front, so do bi-xenon headlights and honeycomb-design air vents with three blades at the bottom front.

The wheels are dual-spoked and feature brake calipers with the RS badge on them. Unlike the TT-S it appears the rear wing on the TT-RS is fixed which means it doesn't move up and down depending on the speed of the car. Finally the cherry on top is the actual TT RS badging that can be seen clearly next to the left rear lights.

Plenty of times before the TT-RS prototype has been caught by spy photographers during its many periods of testing. Recently powertrain details were reported as being a 2.5-litre engine making 340hp (253kW) and 332lb-ft (450Nm) of torque. It's a force fed motor using either turbo technology or a supercharger. Audi may even surprise with its new 3.0-litre supercharged engine.

Everyone who stays put on WCF should be able to view extensive official pictures and details of the TT-RS when the 2009 Geneva International Motor Show opens on March 3.