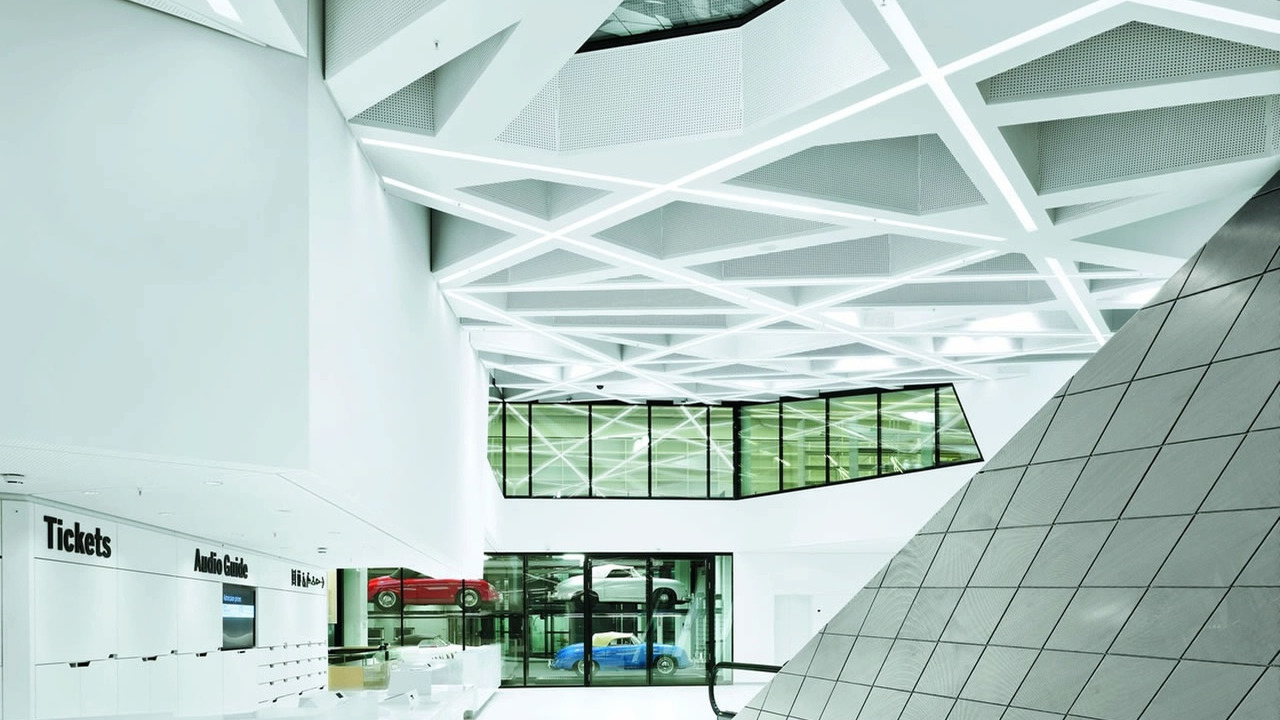 We've got a three-minute long video of the new Porsche Museum. The museum goes right up on our list of things to see before we die.

Take a look at this three-minute long video of the new Porsche Museum. One of the finest collections of Porsche vehicles anywhere in the world, the new museum sits firmly on the ground at Porsche HQ in Stuttgart, Germany.

The €100 million museum just opened to the public at the end of January. It features over 80 cars, including 911 predecessor Porsche 356, the McLaren TAG MP 4/2 C Formula 1 racecar, and the Ferdinand Porsche-designed original 1950 VW Beetle.

Aside from the cars, one great aspect of this museum is the mechanics' workshop. The workshop is used as a facility to restore both Porsche-owned classic vehicles, as well as cars owned by collectors. Surrounded entirely by glass, visitors to the museum can watch workers assemble and disassemble some of the most well known sports cars in the world.

The building is also considered an architectural marvel, and looks very much like a giant steel building almost hovering over the three small concrete cores that keep it upright.

200,000 people are expected to visit the museum every year. It certainly gives us another reason to head to Stuttgart.