McLaren 720S has three trim levels, configure your own online 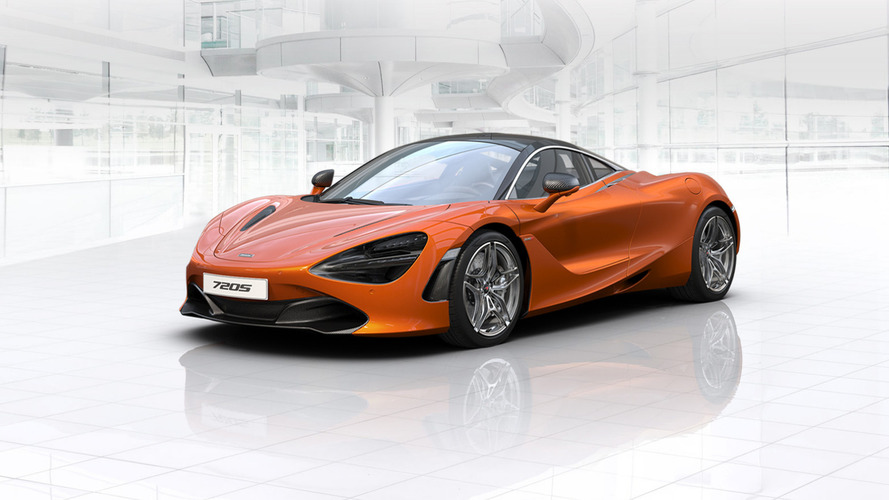 What if dreams do come true?

If you are on the market for a new supercar, McLaren is ready to let you specify your dream car. Of course, we are talking about the new 720S, which made its official debut at the Geneva Motor Show last week.

The British company has created a special microsite, dedicated to its latest entry in the supercar world. It allows you to view and explore the 720S, and also design a car to a specification of your choice.

There are three regular trim levels – standard, Performance, and Luxury, all of them detailed in the online configurator. McLaren offers a total of 34 exterior colors and several interior schemes, as well as option packs and individual options.

If you want a truly bespoke vehicle, you should call McLaren Special Operations (MSO). Only a day after the premiere of the 720S, the MSO team presented the unique 720S Velocity, featuring Nerello Red carbon fiber bodywork at the front, Volcano Red at the back, and contrasting metallic-bronze ten-spoke wheels.

Just as a reminder, the 720S is powered by a new 4.0-liter V8 biturbo engine, sending 710 horsepower (529 kilowatts) to the rear wheels through a seven-speed paddle-shift gearbox. The motor is based on McLaren’s 3.8-liter unit, but features lighter pistons and connecting rods, a lighter crankshaft with a longer stroke, and new turbos.

Thanks to this new engine, the car accelerates from a standstill to 60 miles per hour (0-96 kilometers per hour) in only 2.8 seconds, while the quarter-mile run takes 10.3 seconds. Stopping power is provided by carbon-ceramic disc brakes, pulling the 720S from 125 mph (200 kph) to a stop in 4.6 seconds.

If full-size supercars are not your thing, why not take a look at Amalgam’s 1:8 scale collection of modern and historic McLarens? Ranging from the M8D race car from 1970 to the production 650S, these models have everything you love about McLaren, just eight times smaller.

The standard 720S specification and the Performance and Luxury levels above are detailed in the new 2D online configurator, which showcases interior colour choices and a palette of 34 exterior paint colours, as well as option packs and individual options. This is the starting point for customers interested in the new McLaren 720S, ahead of visiting a McLaren retailer to place an order or deciding instead to commission McLaren Special Operations to create a truly bespoke car.

Online visitors will also learn about the Monocage II carbon fibre structure, Proactive Chassis Control II active chassis system and active aerodynamics of the new McLaren 720S, as well as getting an inside look at the new 4.0-litre, twin-turbocharged V8 engine that gives McLaren’s new supercar acceleration from 0-200km/h (124mph) in just 7.8 seconds.

Visit https://720s.mclaren.com/ and select ‘Configurator’ under the Links menu to choose the new McLaren 720S that should be in your garage…