The B-segment crossover will be out this year and is going to be joined by an equivalent Hyundai model.

Kia and Hyundai are both working on new subcompact crossovers scheduled to be officially introduced later this year to go up against the likes of Nissan Juke, Renault Captur, and other big names in the B-segment. While Hyundai’s version will adopt a more unconventional design with a funky split headlight arrangement, its sister model from Kia appears to have a more down-to-earth exterior design. That being said, we’ll reserve our final judgment for the moment when all of the body camouflage will come off.

Expect the styling to have a lot in common with the new Rio supermini, but with the usual traits of a crossover, such as the roof rails, increased ground clearance, and some cues derived from the 2013 Provo concept. What’s interesting about this prototype is the red window line, which by the looks of it seems to be final rather than just disguise. That being said, the previous prototype spotted by the spy camera at the end of January had a silver finish around the edges of the windows. Since today’s B-segment crossovers are being offered with plenty of customization options both inside and out, perhaps Kia will give buyers the opportunity to pick the color of the window line. 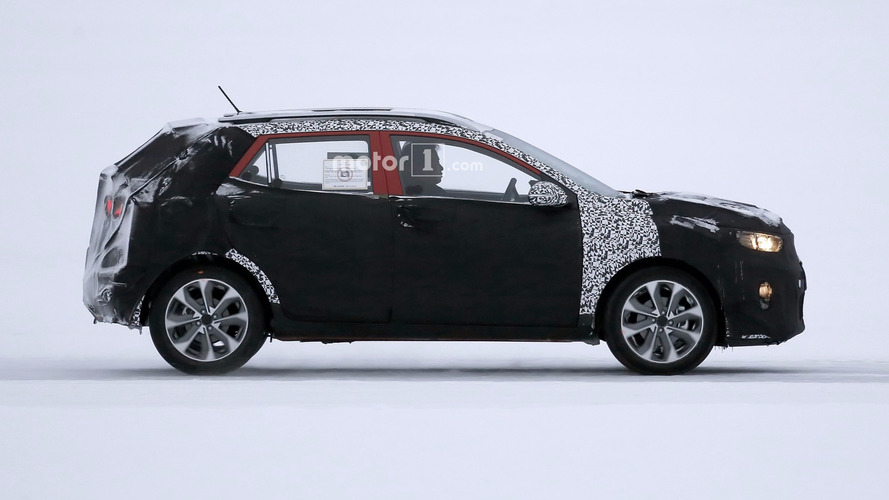 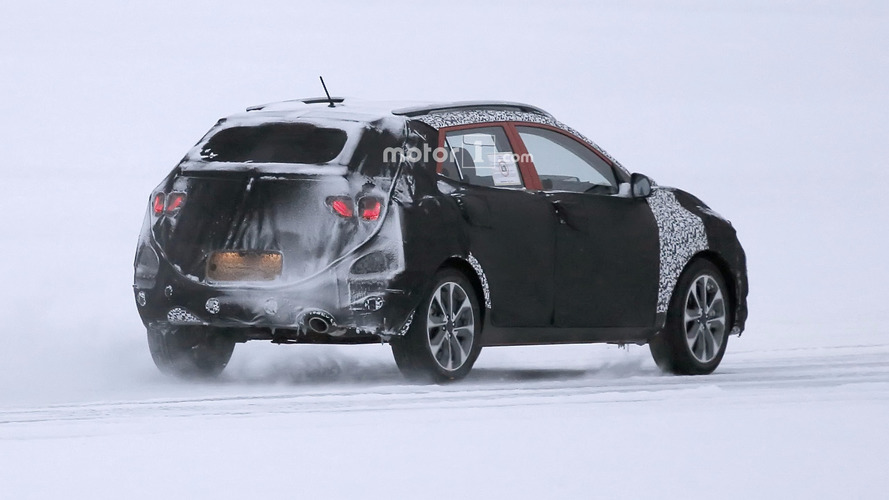 Check out the Hyundai variant:

As far as the oily bits are concerned, the most important question is: Will the 2018 Stonic be offered with an optional all-wheel-drive layout? If it will be largely based on the new Rio, chances are the high-riding Kia is going to come exclusively with a FWD setup, especially since AWD isn’t really all that important for most people shopping in this segment. It should borrow the supermini’s three- and four-cylinder engines, along with manual and automatic transmissions depending on the selected powertrain.

We might see the Stonic at the Frankfurt Motor Show in September and once again in early December at the Los Angeles Auto Show for its U.S. debut. This is going to be a truly global B-segment crossover, unlike the Kia KX3 launched a couple of years ago in China.