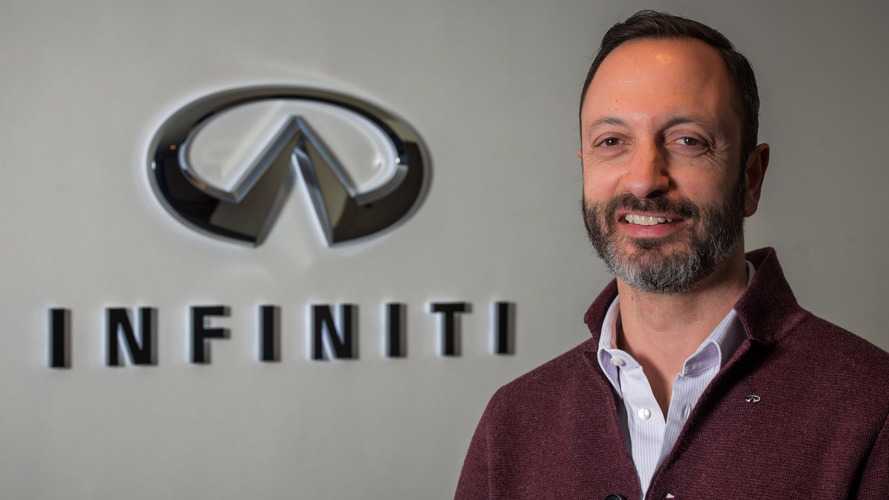 Habib takes over for – and will report to – Alfonso Albaisa, who has been appointed Senior Vice President, Global Design for Nissan.

Rumors began circulating in January that Karim Habib was ready to leave his post as Head of BMW Design, and today, it's been confirmed that the Canadian will be the new Head of Infiniti Design, effective July 1.

The 47-year-old Habib, who hails from Montreal, most recently worked on the new 4 Series, and in the past also designed BMW models including the previous-generation 7 Series, the X2 concept, and the 3.0 CSL Hommage concept.

"During his career as a designer and a leader of global teams, (Habib) always created modern and inspiring designs" said Albaisa, in a statement. "Karim is very skilled at capturing the heart and passion of a brand while at the same time giving each design its unique character. I look forward to Karim inspiring our teams to shape the next generation of Infinitis."

Before has latest stint at BMW – his second time with the company – Habib worked briefly at Daimler, helping style the current Mercedes-Benz C-Class. He clearly has the chops for designing luxury vehicles, so it's not particularly surprising that Infiniti wanted to snap him up.

The newest addition to the Infiniti team is known for his attention to detail, and once spoke about the "millimeter difference," stating that moving something even a millimeter inside a car can upset the balance of an interior.

"The interior can be both more sensitive and complex. Where the screen should be placed, what kind of materials should be used, how the cup holder is placed in respect to the gearshift, are all considerations. A millimeter difference can mean a lot," he told Bespoke Magazine.

Infiniti's North American lineup currently consists of eight vehicles, so it will be interesting to see what Habib dreams up in the near future, whether he's working on the luxury maker's rumoured Black S performance division, some new concepts, or something else altogether.

Karim Habib, former Head of BMW Design has been named Head of INFINITI Design, effective July 1, 2017. Habib has an accomplished track record in Automotive Design for several premium automotive brands, including BMW and Daimler AG.  He will be based in the company's technical center in Atsugi, Japan and lead the global INFINITI design teams in Japan; Beijing, China; San Diego, USA and London, England. He will report to Alfonso Albaisa, newly appointed Senior Vice President Global Design for NISSAN Motor Corporation.

"We are happy to have Karim join us and head our global INFINITI design teams. During his career as a designer and a leader of global teams he always created modern and inspiring designs" said Alfonso Albaisa. "Karim is very skilled at capturing the heart and passion of a brand while at the same time giving each design its unique character. I look forward to Karim inspiring our teams to shape the next generation of INFINITI's"

"Karim has a strong background and impressive track record in automotive design and the knowledge and mindset to develop a global premium brand" said Roland Krueger, Global President of INFINTI Motors Limited "Design is one of the key pillars of our global brand development at INFINITI. Karim brings unique design skills that will accelerate INFINITI's progress toward the goal of capturing and expanding our share in the global luxury market."

Karim Habib most recently led the BMW Brand Design team in Munich, Germany, where he was responsible for production and concept cars such as, the X1, the X2 Concept and the CSL Homage. Before this, as head of advanced design for Daimler, he worked on the current Mercedes-Benz C-Class as well as the new Smart. He started his career at BMW in Advanced Design where he was responsible for the Design of the previous 7 Series and the Concept CS.

Habib entered the automotive industry after earning a Mechanical engineering degree from McGill University in Montreal, Canada and a design degree from Art Center College of Design in Pasadena, USA.