Porsche spied testing next 911 in the daylight

The new model appears to be significantly wider, which contributes to a more aggressive appearance.

The next-generation Porsche 911, which reportedly has the internal designation 992, is showing off its wider body in new spy shots that catch the upcoming sports coupe enjoying a little sunshine.

For the latest model, Porsche’s designers follow the trend of gradually evolving the 911’s style. The shape retains dual headlights and a sweeping roof, but more muscular fenders and Mission-E-concept-inspired taillights join these classic traits. The tweaks make the 911 appear more aggressive, even in its standard guise. The inevitable GT3 variant could be a really mean looking machine given this race-inspired starting point. 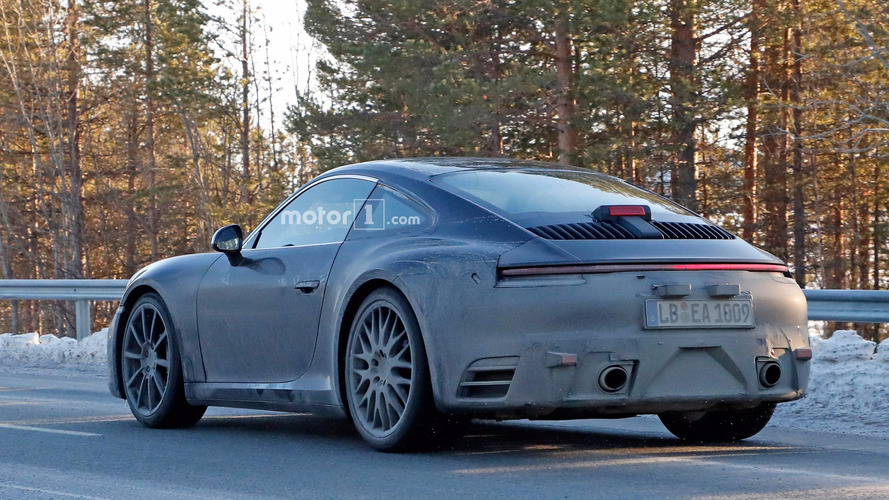 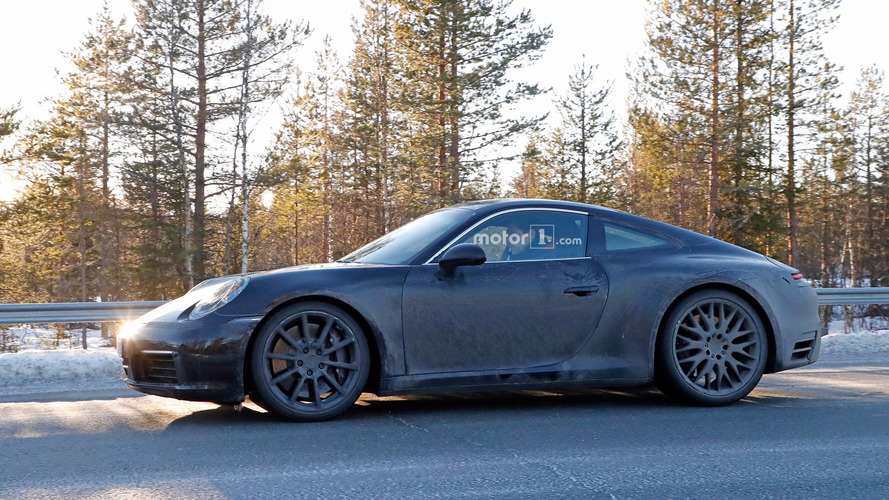 Rather than traditional swirling camouflage, Porsche hides elements of the new 911’s design by installing concealment panels over the body. This is especially evident on the rear bumper. Expect the final design to have a less abrupt transition between the taillights and bodywork along the side. The bulky center high-mounted stop lamp looks like a placeholder, too. Previous spy shots also show a deployable wing in the tail, but the driver isn’t going fast enough for it to unfurl in these photos.

Porsche’s test drivers are certainly racking up the miles on the next 911, as this one’s dirty body illustrates. The future convertible is undergoing development at the same time, too.

Mechanically, the new 911 remains somewhat mysterious. Most models would likely use the latest evolution of the company’s biturbo flat six. A plug-in hybrid is also on the way.

Porsche’s current slate of product releases suggests the new 911 might debut late in 2018, but sales might not start until early 2019. In the meantime, the company intends to send the current generation off with a bang by introducing the latest 911 GT2, which could produce around 650 horsepower (485 kilowatts) from a biturbo 3.8-liter flat six.