A less ferocious 911 GT2 isn't a bad thing. With so much power going to the rear wheels, it still might bite an inattentive driver.

Porsche appears to be dialing up the horsepower for the upcoming 911 GT2 but also softening the model’s widow maker persona. Porsche CEO Oliver Blume dropped a few details to CarAdvice about the most powerful 911 variant ahead of the model’s possible debut sometime this year.

Rumors suggest the new GT2 makes around 650 horsepower (485 kilowatts) from a 3.8-liter biturbo flat six. Blume doesn’t discuss the model’s output specifically but he promises an impressive figure. “For the GT2 it’s very typical to have big power combined with the turbo engine,” he told CarAdvice. “Today we can’t talk about the power, but when we launch the car I think you will see at which level we can get to with the car. And we’re still working at it.” 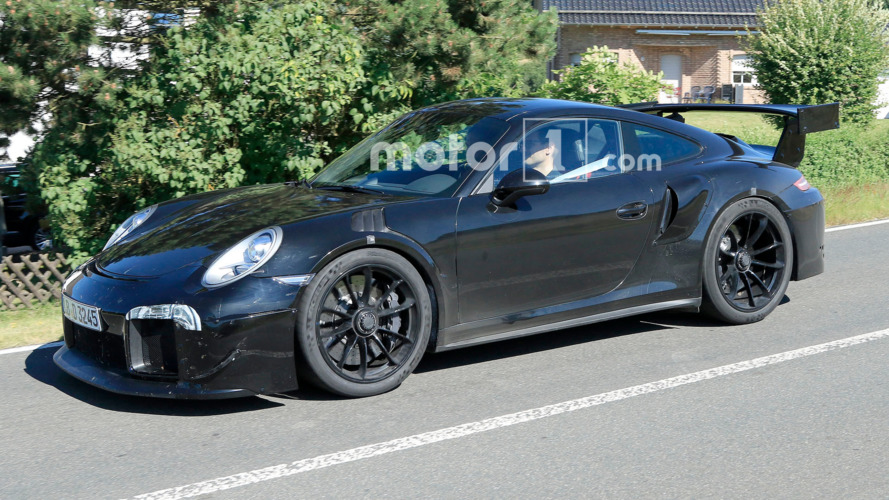 Such a massive amount of power going to the rear wheels could be hard to handle, but Blume confirms that the GT2 is only available with the company’s dual-clutch automatic. The lack of a third pedal might disappoint some hardcore buyers. However, with the seven-speed PDK the driver can keep both hands on the steering wheel at all times for maintaining control of this powerful beast. Rumors suggest that rear-wheel steering might help tame things, too.

Spy photos have let us keep track of the GT2’s development on the Nürburgring last year. The model wears a road-scraping body kit that appears even more aggressive than the parts on the latest 911 GT3. At the back a gargantuan fixed wing should keep the tail planted, and massive fender-mounted intakes should send plenty of air to the twin turbos.

After the introduction of the updated GT3 in Geneva, the GT2 should be the next 911 variant to arrive. We expect to see it sometime this year, maybe even as soon as the Frankfurt Motor Show in September. Although, the premiere could be closer to 2018 so that the revised GT3’s introduction has some breathing room.