The Aston Martin Valkyrie is getting a mid-engined baby brother

It won't be here until 2020, but it'll bring the fight to Ferrari and McLaren when it does debut.

If you thought the 850-horsepower (633-kilowatt) Valkyrie was an impressive enough addition to the Aston Martin lineup, the British automaker reportedly has a whole fleet of mid-engined supercars planned for the near future. The first will come as a less-powerful sibling to the current Valkyrie, as reported by Car and Driver at the Geneva Motor Show.

"Valkyrie is the start of a mid-engine dynasty, if you want to call it that," CEO Andy Palmer said in an interview. "The reason we’re doing it is to create a halo car, but also to create DNA for a mid-engined sports-car range."

The new model will reportedly be built at the Gaydon, U.K. facility alongside the current DB11 and Vantage. It will be similar both proportionally and performance-wise to the McLaren 720S and Ferrari 488 GTB. Reports suggest it could use a V12 engine instead of the Daimler-sourced AMG V8 found on other models, and even come with a manual gearbox, something some of its competitors are severely lacking. 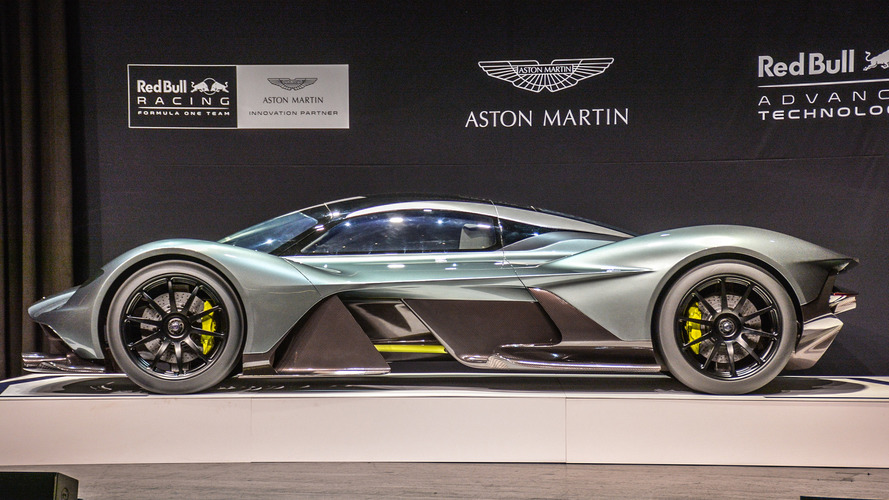 Other details like price, horsepower, and design are still well under wraps, but we do know that it will be launched about a year after the DBX crossover, meaning somewhere towards the tail-end of 2020. A new sedan and SUV, meanwhile, are expected to follow in 2022.

Development of the new sports car will be lead by Max Szwaj, a recent acquisition from Ferrari who brings with him years of technical experience, working closely on mid-engined supercars at Ferrari. Szwaj will work together with design chief Marek Reichman in development of the new model. Let's just hope it's as stunning as the Valkyrie when it does debut.