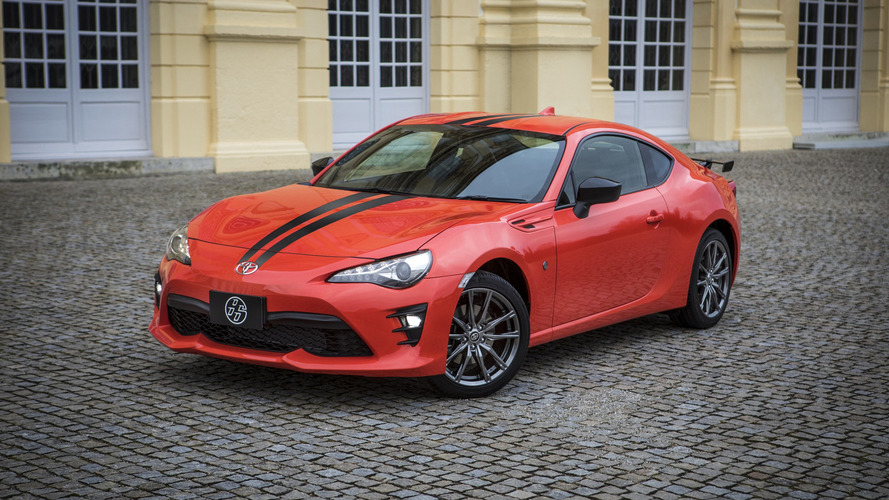 The name might not lure you in, but the extra goodies do make it more appealing.

The 2017 Scion FR-S Toyota 86 is now available in a more enticing value-oriented version, but you’d better hurry up and snatch one as this is a limited edition. Available with both a six-speed manual and a six-speed automatic, the new “860 Special Edition” can be visually distinguished by its fresh Supernova Orange paint available exclusively on this variant. Alternatively, buyers can get the car finished in Halo White, with just 860 units of each hue to be manufactured.

To spice things up even further, Toyota will throw in some black body stripes and a bespoke aerodynamic underbody panel for “added style and function,” so they say. Rounding off the upgrades on the outside of the rear-wheel-drive coupe are LED fog lights and numerous black accents noticeable on the side mirror caps, the rear spoiler, and on the 17-inch alloy wheels.

The 860 Special Edition is home to a few nifty tweaks inside the cabin as well where all cars are going to feature a 4.2-inch screen displaying useful information about the oily bits, such as engine coolant and oil temperatures. Not only that, but the TFT also shows off horsepower and torque curves and comes along with a built-in stopwatch, a G-force meter, and can display fuel economy numbers.

There aren’t any changes inside the engine bay, so the limited-run model has the same naturally aspirated 2.0-liter gasoline unit with 205 horsepower and 156 pound-feet of torque. Go with the automatic ‘box and the output of the aluminum boxer engine is going to be a tad lower, at 200 hp and 151 lb-ft.

Heading to dealerships later this month, the 2017 Toyota 86 860 Special Edition kicks off at $29,155 MSRP with the manual and from $29,875 for the version equipped with the automatic transmission featuring paddle shifters and rev-matching technology. Both prices exclude the $885 delivery and destination charges.

Torrance, Calif., March 13, 2017 – The 2017 Toyota 86 will turn more heads than ever with the new 860 Special Edition that adds stand-out styling, premium features and performance technology.

“The 86 is recognized by enthusiasts for its impressive driving performance and its value-oriented price tag,” said John Myers, Toyota national manager vehicle marketing and communications. “The 860 Special Edition will amplify these core elements with an added dose of premium styling mixed with performance technology.”

On the outside, the 860 Special Edition will command attention with its exclusive Supernova Orange paint that is contrasted by its black body stripes, rear spoiler, heated outside mirrors and 17-inch alloy wheels. Topping it off, the special edition gets LED fog lights and a unique aerodynamic underbody panel for added style and function. The special edition will also be available in Halo White, and only 860 units of each color will be made.

The interior features the perfect combination of luxury and performance with heated front seats in black leather with orange stitching. The same contrasting black and orange theme continues to the leather-trimmed steering wheel, shift boot and parking brake lever. Each 860 Special Edition features a unique center console placard that signifies its exclusivity.

The 86 is all about driving performance, and the 860 comes with new performance technology that driving enthusiasts will appreciate. Each special edition will come with a 4.2-inch multi-information display that features a G-force meter and stop watch, and displays vital information such as horsepower and torque curves, engine coolant and oil temperatures and MPG.

The 2017 860 Special Edition will be available in dealerships later this March, and is available with either a six-speed manual transmission or a six-speed automatic transmission with paddle shifters and Dynamic Rev Management® technology. The manufacturer’s suggested retail price (MSRP) will be $29,155 for the manual transmission and $29,875 for the automatic transmission, excluding the delivery, processing and handling (DPH) fee of $885. The DPH fee for vehicles distributed by Southeast Toyota (SET) and Gulf States Toyota (GST) may vary.