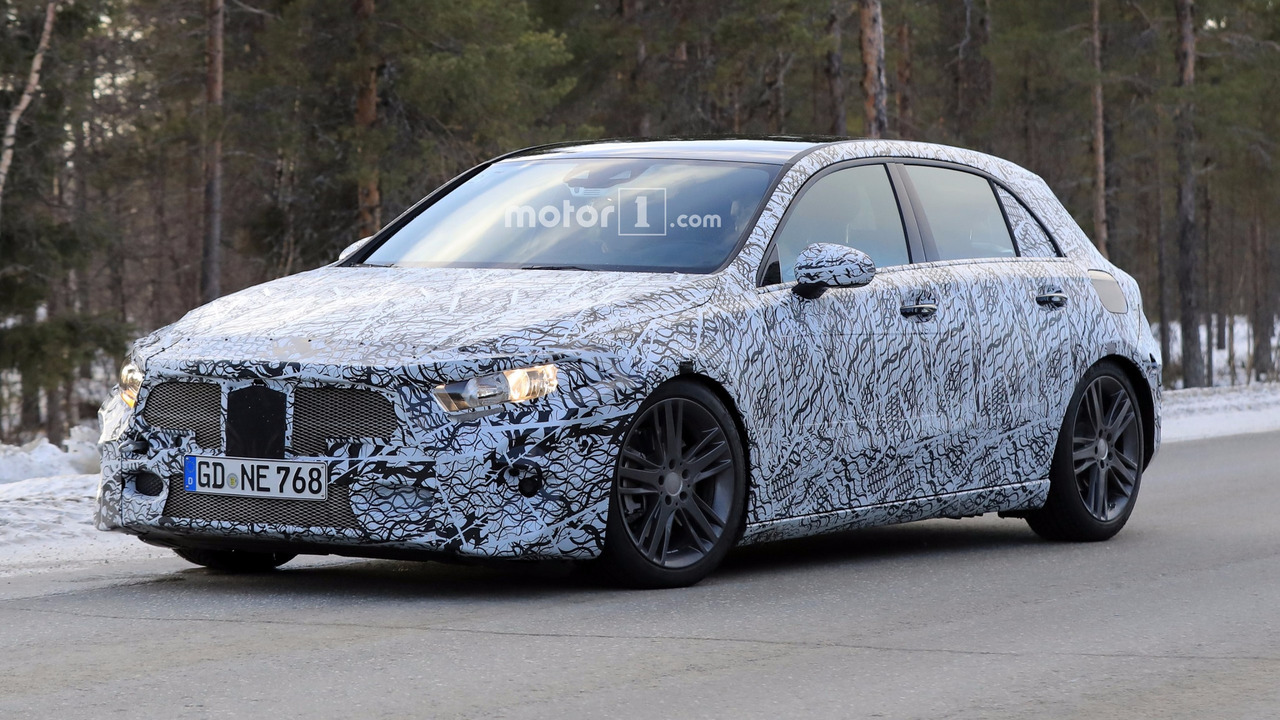 It's going to be joined by a sedan different than the CLA.

Mercedes was caught on camera in Finland this week hatching a new A-Class (W177) seen here as a heavily disguised prototype with a very low ride height. It likely means the engineers were testing the car’s suspension to make the necessary tweaks until the car’s big debut, supposedly scheduled to occur at some point in 2018.

Despite the bulky disguise, we already can see the car had the production body and lights. It looks slightly wider and longer than the current A-Class and seems to have entirely new lighting clusters. At the front, the test vehicle’s halogen lights will only be installed on the lower-spec versions of the range, while the more expensive ones will employ a more sophisticated full-LED setup. The different shape of the taillights is already noticeable and these appear to be significantly wider to better reflect the car’s increased footprint.

The jump in size will pay dividends not only in terms of rear legroom as a result of the stretched wheelbase, but also as far as the trunk’s size is concerned to make the next-gen A-Class a better companion during longer trips.

Thanks to Mercedes’ second iteration of its flexible Modular Front Architecture (MFA), the new model will actually lose some weight despite growing up. Previous spy shots have shown a prototype packed with sensors and cameras, thus hinting the new A-Class will feature a lot of safety and assistance systems.

We’re dying to find out what sort of novelties Mercedes is cooking up inside the cabin, but most likely we’ll have to wait a few more weeks or perhaps months to catch a glimpse of the overhauled interior. Chances are an all-digital instrument cluster is going to be offered — at least as an option — to better rival the A3 Sportback and its high-tech 12.3-inch Audi Virtual Cockpit.

An assortment of three- and four-cylinder turbocharged engines is going to be available, topped by a 2.0-liter unit with more than 400 hp in the flagship A45. Sitting right below the cream of the crop will be a warm version to fill in the huge gap between the A250 and the A45. Right now in the A-Class family, there’s a 163 horsepower difference between the two. Not only that, but the A45 is also roughly €10,000 more expensive than the A250 Sport 4Matic, so there’s certainly enough room between the two for a new hot hatch.

The A-Class family is set to grow with the fourth generation taking into account Mercedes has plans to introduce a sedan. Previewed by the Aesthetics A sculpture, the new addition to the range will sit alongside the CLA rather than replace it. If the rumor mill is correct, a concept to preview the posh compact sedan will debut next month at Auto Shanghai in China where a long-wheelbase derivative will allegedly be offered.