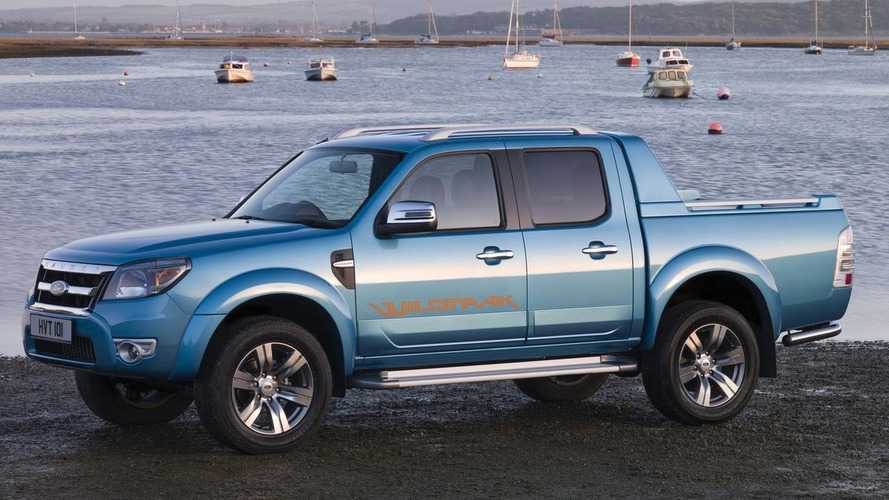 The new Ford Ranger is to debut officially at the Geneva Motor Show in March. It has two turbo diesel engines and goes on sale in Europe in April.

The next Ford Ranger pickup is ready to wow audiences at the 2009 Geneva International Motor Show. The car has already been previewed as the Ranger Max Concept at the Thailand International Motor Expo in December 2008. Based on the Mazda BT-50 series in international markets, the Ranger is packed with equipment that makes it not just a workhorse but a lifestyle vehicle as well.

In terms of engines two choices will be made available. One is the 2.5-litre TDCi turbo diesel fashioning out 143PS (105kW) and 330Nm. It has a C02 emissions figure of 227 g/km for the 4x2 version and 244g/km in 4x4 guise. The second one is a 3.0-litre TDCi that generates 156PS (115kW) and torque of 380Nm. Both these power plants make their maximum torque from just 1,800rpm. Both can also be mated to either 5-speed automatic or manual transmission.

With its new design Ford has given the Ranger an aggressive look which at the same time is also modern and slick. Styling changes include a lower bumper fascia with integrated fog lights, large headlights, bigger side mirrors and bolder wheel arches.

The Ranger will come in three body styles, a single cab, a double cab and a Rear Access Panel (RAP) cab. The first two are self-explanatory while RAP just means it has two forward-hinged doors and two rear-hinged access panels for better cargo-loading. Europe will get the first examples of the Thai-built Ranger this April.