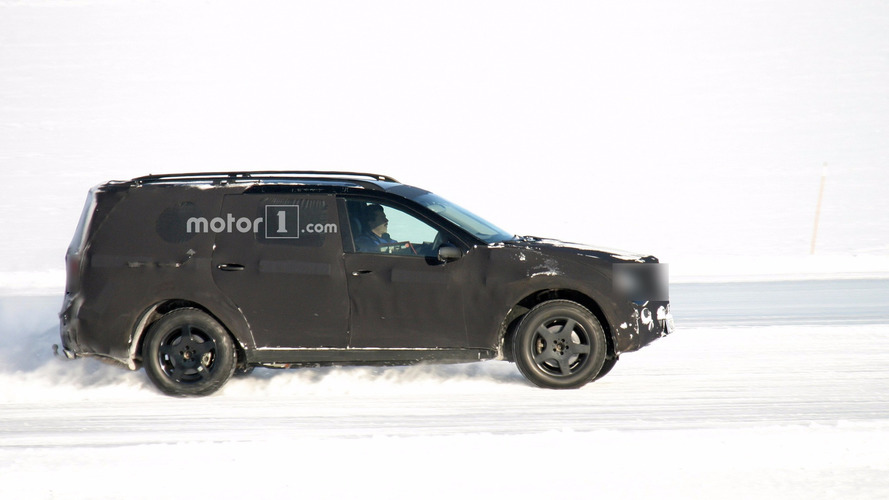 This big SUV was caught getting a winter workout in the mid-2000s.

[Update] And the answer is... First-generation Mercedes GL.

Substantially different than last week’s midsize sedan — which turned out to be an Opel Vectra — for this Saturday we have a spy image of a significantly bigger and more expensive model. Preparing for its first generation, the large and in charge vehicle went on to become the manufacturer’s flagship SUV and it still is to this day. As you can see, we blurred out the prototype’s headlights and taillights to try and make the spy photo trivia a bit more difficult, but we are sure aficionados will see the telltale signs unmasking the car’s true identity.

The vehicle was assembled in United States and sold in many regions around the world, including in Europe. It was jam-packed with lots of features, some of which were standard while others were available at an additional cost depending on the trim level.

The car you are looking at was discontinued in 2012 when it had to make room for a second generation still in production today. It’s slightly bigger, yet lighter than the model it replaced and with the facelift introduced towards the end of 2015 it no longer has the same nameplate, albeit the change is minor. The decision to modify its moniker was made by the automaker to better reflect the SUV’s ties with another model in the company’s vast lineup. A third generation is expected to come out before the end of the decade and it is believed it will spawn an ultra-luxurious version.

If you know what’s hiding underneath the heavy camouflage, feel free to tell us in the comments section below. As usual, the article is going to be updated tomorrow morning (GMT) with the answer.