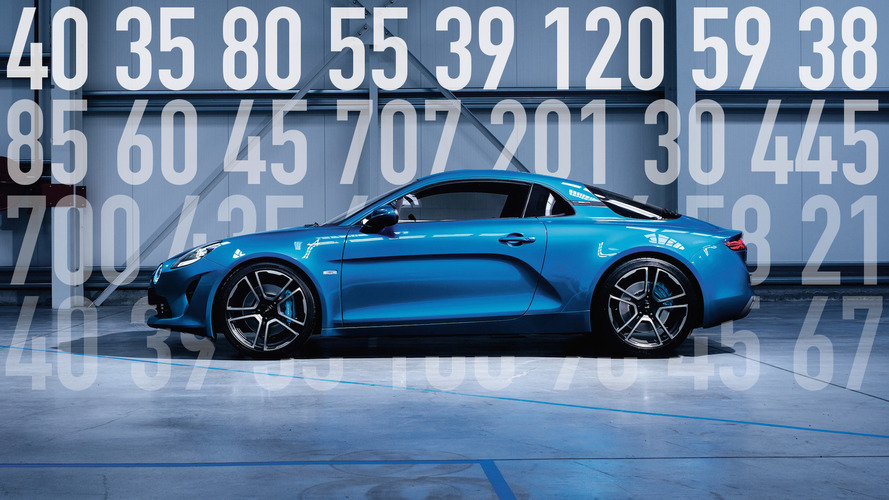 From Alpine to McLaren, here's a look back at some of the most eye-catching numbers from the Geneva Motor Show.

Numbers are all around us – whether we're breaking down the performance of a Ferrari 488, or comparing the price of a Model S to a Mercedes. Every week we pick out a few numbers that are so significant we have to give them a second look. Today we’re looking at key figures from Ford, Aston Martin, Alpine, and others following the 2017 Geneva Motor Show.

The number of things you absolutely need to know about the new Aston Martin Valkyrie hypercar. Details like the Cosworth-built V12 engine, the limited run of just 175 models – oh, and the fact that it will have more than 850 horsepower (633 kilowatts) when it does go on sale sometime in the next year.

The weight in pounds of the new Alpine A110 (or 1,080 kilograms). The lightweight sports car made its debut in Geneva, and comes with a 1.8-liter turbocharged engine and 252 horsepower (187 kilowatts) to go along with it. Too bad we won't get it in the U.S.

The amount of stunning classic performance cars that Ford had on display in Geneva. The 1999 Focus RS Rally, the legendary Escort Cosworth RS, the quirky Escort Mexico, the iconic GT40, and a few others, of course. Hit the link for a full photo gallery of these beautiful legends.