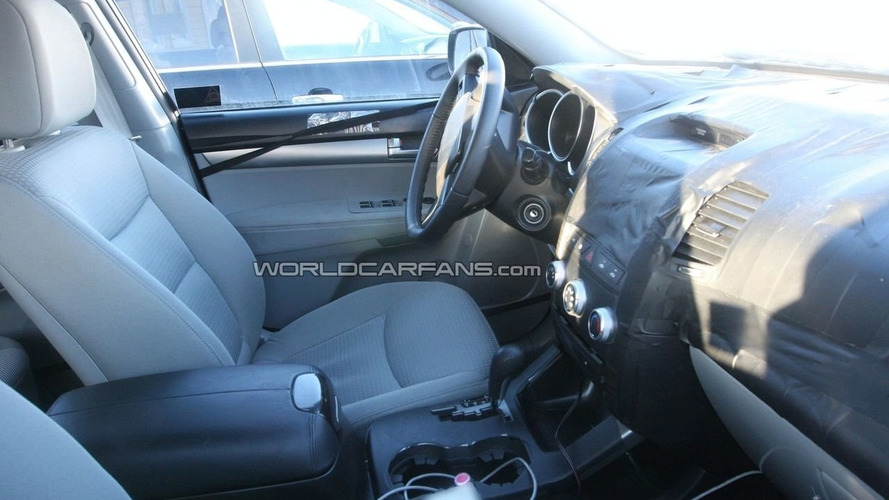 More spy pictures of the 2010 Kia Sorento have turned up. This time it's the interior that is the star of the show. Almost everything has either been redesigned or updated.

Less than two weeks until the 2010 Kia Sorento shows up officially at the Geneva Motor Show and we have spy shots of the car's interior as it went about its testing duties in Scandinavia. Clear changes have been made in the interior front layout. For example the leather-covered gear lever is different and its gate is reminiscent of Mercedes-Benz models from the 1990s and later Chrysler models. There are still a couple of cup holders in the centre console but extra storage has moved forward just ahead of the automatic gear shifter into a raised bottom-centre stack.

Temperature and air conditioning adjustment buttons have been replaced by round dials. The speedometer and tachometer dials are now separated by circular hubs within the instrument cluster. It seems also that the digital clock has been moved upwards to the top of the dashboard. The door opening mechanism remains largely the same with Kia keeping similar chrome handles to those of the previous Sorento.