Glickenhaus wants to legitimize Nurburgring lap times with a race 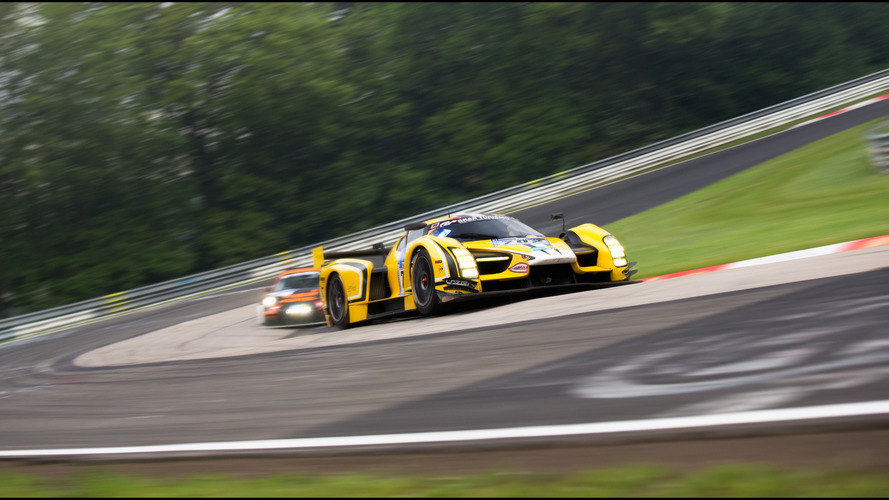 An all-out battle around the ‘Ring to see which supercar is the fastest.

Lamborghini has all the data to back up its 6:52:01 Nurburgring lap time. Still, there are plenty of naysayers out there looking to dispel the notion that the Huracan Performante could hold the record. Most notable of which is James Glickenhaus, famed Ferrari collector and CEO of Scuderia Cameron Glickenhaus (SCG).

At the Geneva Motor Show, fresh off the debut of his SCG 003S road car, Glickenhaus sat down with Autocar and proposed a new way to measure Nurburgring lap records to alleviate any sort of doubt. He calls it a "Road Cup," essentially an all-out brawl between the world’s fastest road cars to see who will officially be crowned King of the ‘Ring.

In doing so, Glickenhaus is confident that his own 003S could be one of the fastest. "We know its [race] sister can do a 6:20 lap," he said in the interview. "It did that with 580 horsepower (432 kilowatts), 220 pounds (100 kilograms) more downforce and a half a g more lateral cornering ability."

Glickenhaus’ "Road Cup" still needs some ironing out, but the CEO is confident that the idea will come to fruition. "My idea is to let them yell and scream," says Glickenhaus of the Nurburgring 24 organizers. "Then they’ll get over that and we’ll come back and race at the Nurburgring for next year. We’re going to do it."