Lamborghini has proof that it broke the Nurburgring lap record

There have been more than a few skeptics regarding Lamborghini’s proposed Nurburgring lap record. Before the new Huracan Performante debuted in Geneva, the company said that it was able to achieve a 6:52:01 lap time, making it the fastest production car to ever take on the Green Hell. Now Lamborghini has proof.

Director of Research and Development, Maurizio Reggiani, spoke with Roadshow in Geneva to provide some much-needed details. First and foremost were the tires; the set of Pirelli Trofeo R rubbers that were used in the record-setting lap can be had as an option to buyers, not a special set of one-offs.

Reggiani also confirms that the speeds shown in the video indeed do come from GPS, which can often return some unpredictable results. But the most assuring of all is the actual data. A full VBox GPS log was provided to the publication, which shows any and all available data on the car from the lap in question. That log is pictured below. 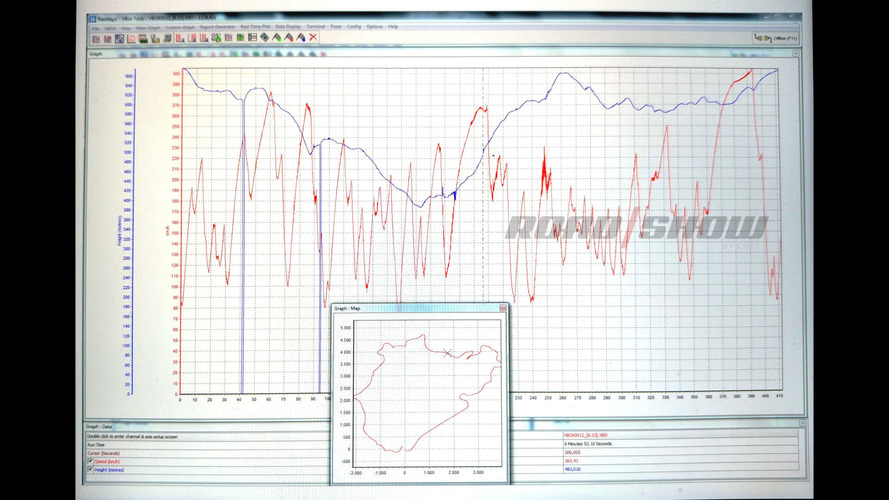 Though we doubt it will silence all naysayers, it looks pretty legit to us. The Huracan Performante, after all, is one of the most extreme vehicles the company has ever built. The 5.2-liter V10 under the hood now produces 630 horsepower (470 kilowatts) and 443 pound-feet (600 Newton-meters) of torque.