2018 Jeep Wrangler spied with removable panels in its roof

Taking off the panels lets occupants enjoy the fresh air, but they can go back into place if the weather gets bad.

Our suspicions are apparently correct about the 2018 Jeep Wrangler getting a roof with removable panels akin what's available on the existing Renegade. A fresh batch of spy photos shows the upcoming off-roader testing with the new top, and it appears to be a great way to combine open-air motoring while retaining some roll-over protection. 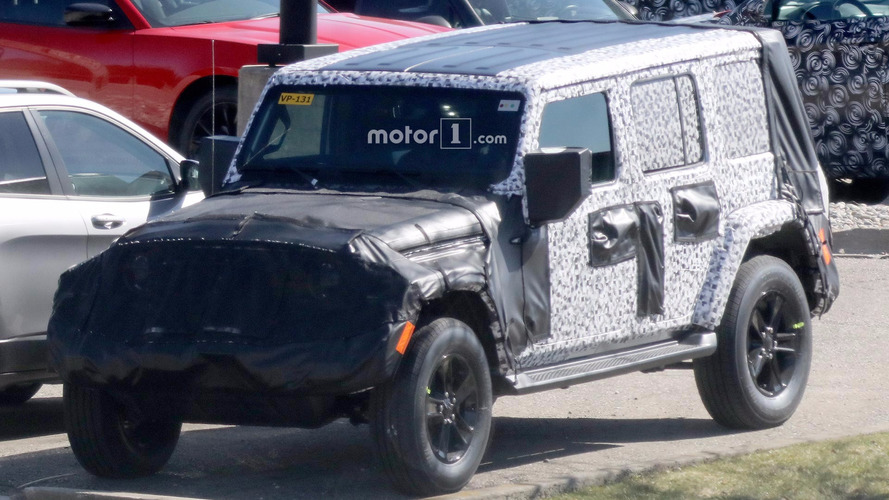 In addition to this layout, the 2018 Wrangler would also likely still be available with a folding soft top. Our spies also allege the possibility of a hard roof with glass panels.

The new Wrangler doesn’t diverge from the model’s traditional boxy appearance, but a leaked dealer presentation shows an updated grille with LED running lights in the fenders. At the rear, the rectangular taillights would have X-shaped portions in the center ­– somewhat like the Renegade. Recent spy photos indicate there’s a backup camera, too. 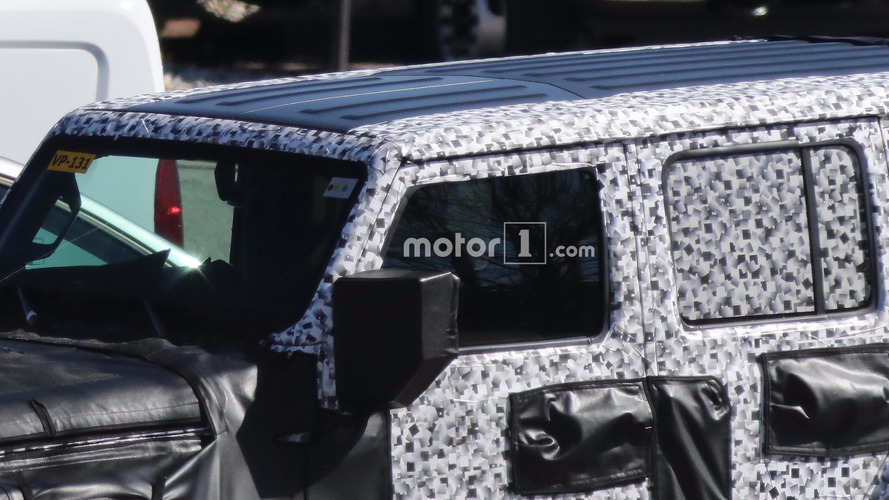 While the 2018 Wrangler’s design doesn’t appear to include revolutionize the model’s iconic look, there are big mechanical changes on the way. A leaked document from Alcoa indicates the company is supplying aluminum for the doors and hood, which should save weight. Under the hood, customers would have a wide range of choices, including a new 2.0-liter turbocharged four-cylinder going under the codename Hurricane. The 3.6-liter V6 would still be available, and eventually diesel and hybrid powertrains would enter the lineup. An eight-speed automatic and six-speed manual would be among the transmission options.

Fiat Chrysler boss Sergio Marchionne recently suggested to The Toledo Blade newspaper that the 2018 Wrangler’s reveal might come at the Los Angeles Auto Show in November. Sales would then start in January 2018. The company would build both the existing and next-gen Wrangler simultaneously in Toledo, Ohio, until March when the factory would begin re-tooling for production of the pickup variant. The midsize truck could hit the market in late 2018 or very early 2019.