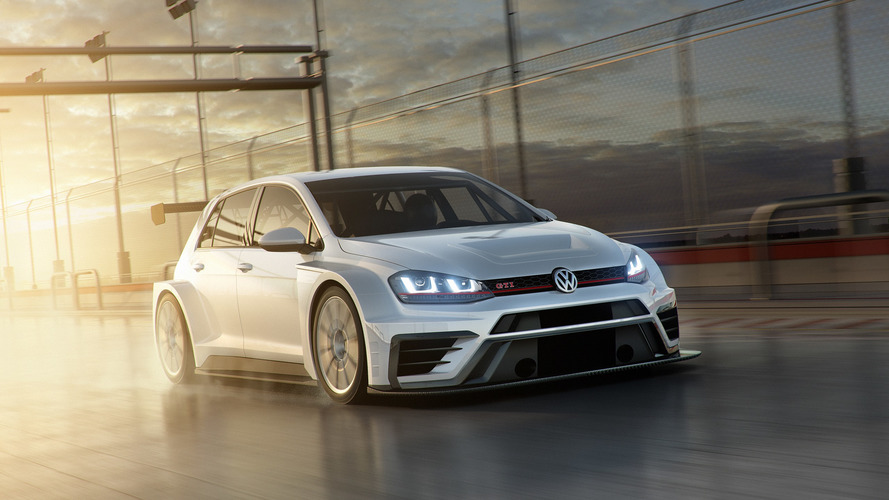 Improved aerodynamics and more power for the race car.

Volkswagen is ready to provide its customers the upgraded version of its Golf GTI TCR race car. For 2017, the German manufacturer has reworked the aerodynamic package of the hatchback, which now features more pronounced air intakes at the front, even wider fenders and wheel arches, and slightly reshaped diffusers for optimized air flow.

Power continues to be provided by a 2.0-liter turbocharged engine, which has been finely retuned to deliver up to 350 horsepower (261 kilowatts), making the car around 20 hp (15 kW) more powerful than before. The four-banger is connected to a six-speed sequential racing transmission, controlled through steering wheel mounted paddle shifters.

VW is not ready to disclose the dynamic characteristics of the updated Golf GTI TCR, but its predecessor was capable of reaching 62 miles per hour (100 kilometers per hour) from a static start in approximately 5.2 seconds. Given the mechanical improvements, we expect this number to be slightly lowered by, maybe, a tenth of a second.

Last year the Golf GTI TCR managed to win 17 races and two championships for different customer teams around the world. Volkswagen Motorsport says it has already started taking orders for the new version of the car and one of the first customers to take delivery is Liqui Moly Team Engstler, which will field its cars in the German ADAC TCR, TCR Asia, and TCR Middle East series. Also, Team Leopard Racing will start as the defending champion in the international TCR series, as well as in the inaugural TCR Scandinavia.

“The first full season of the Golf GTI TCR was a great success from a sporting point of view: our customers Leopard Racing and Liqui Moly Team Engstler won the international and Asian TCR championships at the first attempt,” Volkswagen Motorsport Director Sven Smeets commented. “You cannot afford to rest on your laurels in motorsport, and we want to continue to offer our customers a competitive car for their commitments around the world.”

Volkswagen Motorsport is asking €90,000 plus VAT (about $95,000 at the current exchange rates) for its Golf GTI in race trim and is planning to deliver roughly 50 cars this year.