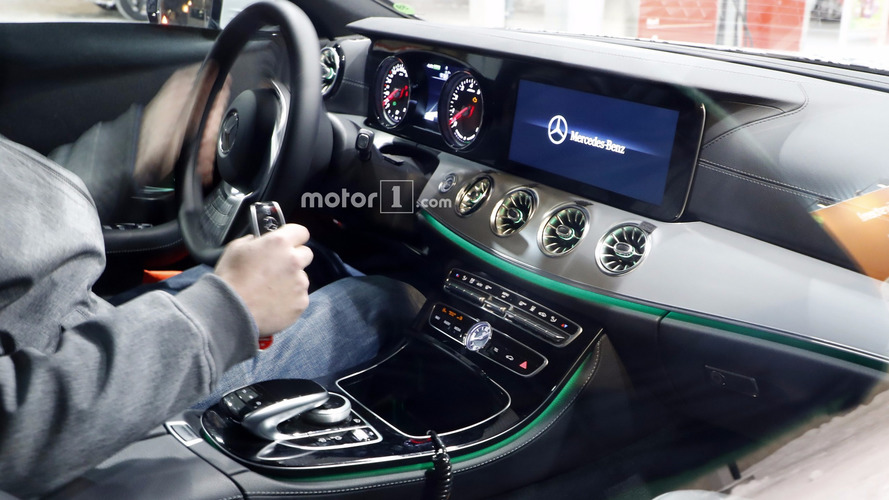 Can't say that we are surprised.

By now you have probably seen your fair share of spy content with the third-generation Mercedes CLS, but this time around we have more revealing shots to show you. A camouflaged prototype has been caught on camera at night while getting a refill at a gas station in northern Europe, thus giving our agile photographers the chance to take a peek inside the lavish cabin.

It’s clearly obvious the dashboard has been lifted straight from the E-Class Sedan, but with the elegant design of the air vents borrowed from the coupe and convertible. The test vehicle had an analog instrument cluster as it’s the case with the cheaper versions of the midsize sedan. That being said, we won’t be too surprised if the new CLS will come as standard with an all-digital dash taking into account the model is more upmarket and as such it’s positioned between the E-Class Sedan and the S-Class flagship.

If you’re not a big fan of the green LED ambient lighting, you’ll be happy to hear the new CLS will be available with a whopping 64 shades, meaning there should be a selectable color in there for everyone.

Expect all that camo to come off in the following months considering the all-new CLS is slated to premiere before the year’s end. A best-case scenario for the sexy sedan’s official reveal would be the Frankfurt Motor Show in September, but it’s too soon to know for sure. Perhaps it won't be at IAA considering the AMG Project One hypercar will be the main star of the event for Mercedes and there's a big risk it would steal the CLS' thunder.

Check out even more spy shots of the new CLS:

Meanwhile, Mercedes is keeping itself busy these days in Geneva where it’s showcasing the AMG-labeled GT sedan concept, which serves as a preview for a Porsche Panamera fighter set to arrive before the end of the decade. It effectively means the German automaker doesn’t consider the CLS as an adversary of the model from Stuttgart. Perhaps the CLS is going to become more luxurious while the GT sedan will be sportier given its AMG branding. But where does that leave the CLS 63? All that we know is Mercedes’ lineup expansion is far from being over.