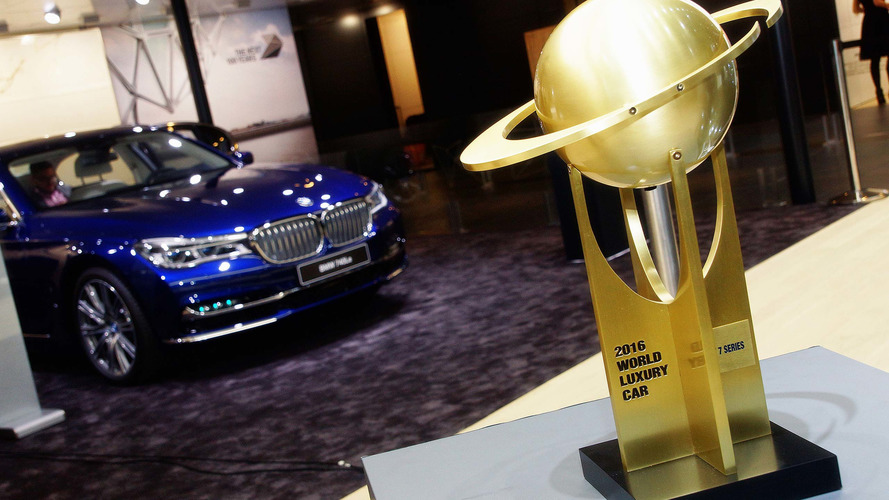 The Audi Q5, Jaguar F-Pace, and Volkswagen Tiguan have been announced as the shortlisted three cars in the running to win the World Car of the Year Award 2017. The announcement was made at the Geneva Motor Show: the overall winner will be revealed at the New York Auto Show in April.

It is the first time three SUVs have locked out the overall World Car of the Year top three list, and reflects the market’s ever-growing focus on 4x4s and crossovers. It’s particularly good news for Jaguar, whose breakthrough F-Pace now finds itself in with a shot of the prestigious prize alongside cars from previous WCOTY winners Audi and Volkswagen.

Indeed, the good news for Jaguar continued as the F-Pace was shortlisted in the World Car Design of the Year, alongside the Mercedes-Benz S-Class Cabriolet and Toyota C-HR. The F-Pace is the only car in 2017 to be in the running for two awards. Audi, meanwhile, secured a spot in the top three contenders for the 2017 World Performance Car, along with the McLaren 570S and Porsche 718 Boxster and Cayman.

A new award for 2017 is the World Urban Car prize, which rewards small, city-friendly, low-emissions cars that demonstrate innovative thinking and smart design. The BMW i3 94 Ah, Citroen C3 and Suzuki Ignis have been shortlisted here, creating an interesting trio that all have merits.

The winners will be revealed at the 2017 New York International Auto Show on Thursday April 13. It’s a big event: the World Car Awards have, for the fourth consecutive year, been the world’s number one automotive awards in terms of media reach.

75 automotive journalists from 23 countries make up the judging panel and help select the top three in the world cars. Accountancy firm KPMG helped organise the secret ballot: all eyes now on New York to find out which cars will triumph in the 2017 awards. Place your bets now…