Peugeot Instinct concept is the autonomous wagon of our dreams 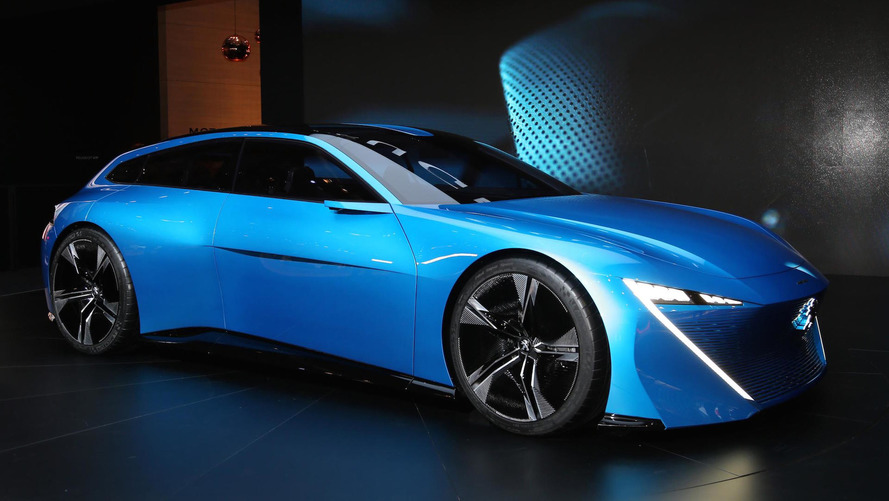 It comes with a plug-in hybrid powertrain and as much as 300 horsepower.

Peugeot is back with another stunning concept at the Geneva Motor Show. This time, the French automaker has introduced the Instinct, a hybrid-electric sports wagon with a sculpted body and even autonomous capabilities – hypothetically, of course.

The unique design forgoes typical elements like rear-view mirrors; cameras have been installed in their place. The inclusion of unique features like suicide doors give passengers plenty of room to enter and exit, and a distinctive grille on the front end with sloping headlights separates it from anything else on the road.

Inside, the cabin is loaded with plenty of luxuries and technological creature comforts. A sleek 9.7-inch touchscreen sits dead in the middle of the center console, and previews Peugeot’s vision of a future i-Cockpit.

The concept comes with both "Drive" and "Autonomous" modes, and includes multiple seating arrangements that allows users to adjust based on their individual settings. A unique seat back, seat base, and headrest can be configured in a few dozen different ways. Another interesting features is called "chatbot." What chatbot is, is a "speech-driven personal assistant" that can take orders, by voice, from those inside the cabin.

Peugeot hasn’t such what powers the Instinct, but we do know that it’s a plug-in hybrid setup thats’ good for as much as 300 horsepower (224 kilowatts). The concept made its debut at the Mobile World Congress (MWC) in Barcelona before it made its way to the Geneva Motor Show where it’s currently on display.