2017 Gemballa Porsche 911 Turbo has an avalanche of horsepower

German tuner Gemballa has been giving the Porsche 911 the Avalanche treatment since 1985 with the launch of the 930-based model. Fast forward to present day, the aftermarket specialists based near Stuttgart in Leonberg have traveled to Geneva to present their latest take on the 991 Turbo. And what a take it is.

The first order of business was to extract a monstrous 820 horsepower (603 kilowatts) and 700 pound-feet (950 Newton-meters) of torque from the 3.8-liter six-cylinder biturbo unit, thus making it a whopping 280 hp (209 kW) and 214 lb-ft (290 Nm) stronger than the stock engine. In order to achieve these staggering output numbers, you can imagine the engineers had to make some substantial changes. From new turbochargers and bespoke intake manifolds to a high-performance air filter and tweaked cylinder heads, the engine has been thoroughly upgraded. Not only that, but the gearbox also had to be adapted to cope with the added muscle.

After unlocking so much power from the heavily tuned Porsche, Gemballa then moved to install an adjustable sport chassis and forged 21-inch wheels wrapped in 255/30 ZR21 front and 325/25 ZR21 rear tires. Moreover, it also developed a way more aggressive body to perfectly match the extra oomph generated by the engine. It’s a substantial 62 millimeters (2.4 inches) wider at the front and a full 100 mm (3.9 inches) fatter at the rear to make room for the increased track width and those big alloys. 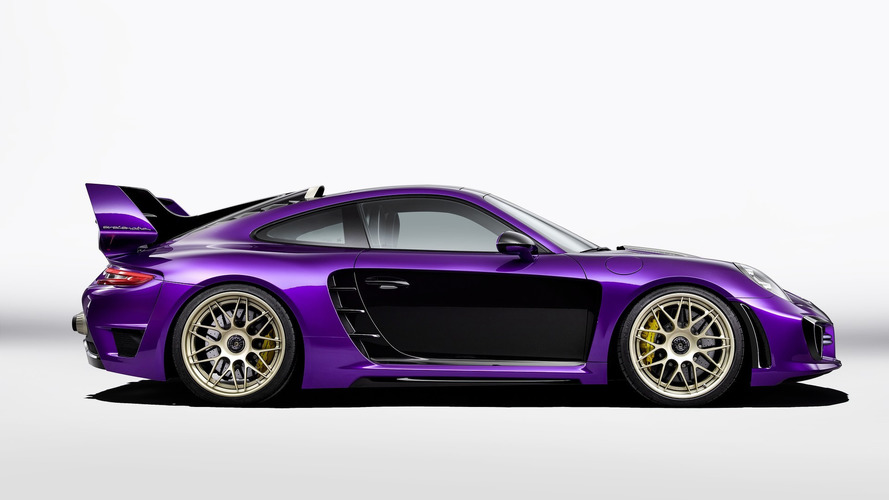 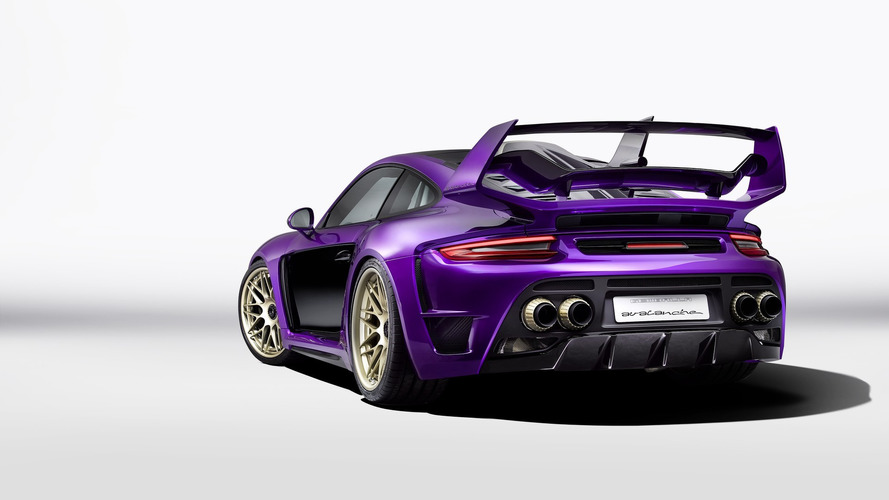 Some of the new body bits and pieces have been dipped in carbon fiber to keep the weight low, while the tailor-made side skirts come to boost aero much like the gargantuan wing at the back. The sports exhaust system encompasses four end pipes resembling small cannons ready to unleash the 820 firepower.

As for the cabin, Gemballa points out this 911 Turbo Avalanche “would not be an Avalanche without an opulent refined interior.” A two-tone black and white leather upholstery adorns many of the surfaces and it has been combined with Alcantara accents and some carbon fiber touches for some extra pizzazz.