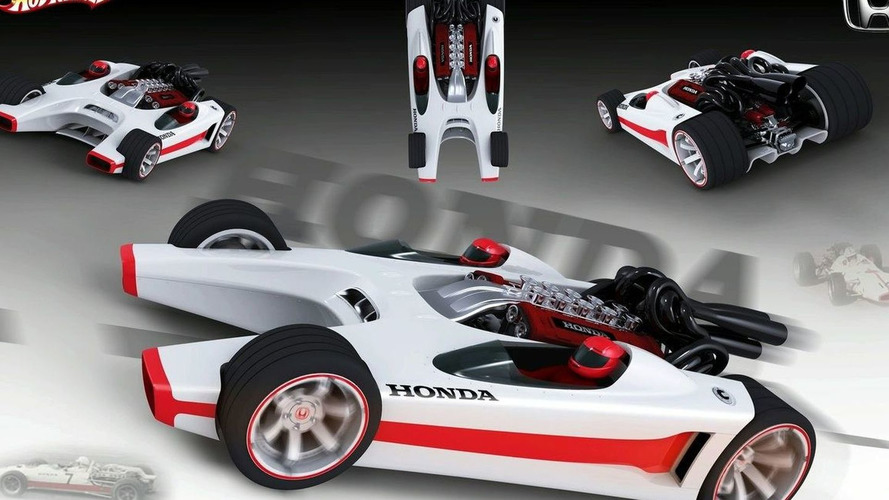 The only required element of the design brief was that the car had to fit on the Hot Wheels orange track and perform a loop.

Since American toy maker Mattel introduced the first Hot Wheels die cast car in 1968, very little has changed except one major item - the design. The iconic success of the 1/64th scale cars is due to the innovative designs over the years, and to celebrate the brand's 40th Anniversary, Mattel invited auto manufacturers to participate in the Hot Wheels Designer's Challenge. Debuting at last year's Specialty Equipment Market Association (SEMA) show, designs from Chevrolet, Dodge, Ford, Honda, Lotus and Mitsubishi were selected and Honda's Racer car will be the first to hit stores in May.

"The Honda Racer combines the excitement of Honda's racing heritage with Hot Wheels' reputation for speed, power, performance and attitude," says Guillermo Gonzalez, senior designer of Honda R&D Americas, Inc., and designer of the Honda Racer. "The core concept is built around our idea for an 'ultimate racecar' and leverages the design freedom made possible by a scale model car."

Key design features (real and imagined) include the Honda “H” body shape which places driver and navigator on either side of the gullet gulping 20.0-liter (yes, you read correctly – that is 2.0-liters per cylinder) Honda V-10 VTEC engine with twisted Medusa exhaust pipes flying out the rear. Other exterior design elements are inspired by Honda's early participation in Formula 1 racing with the livery from its 1967 RA 273(TM) racecar.

The only required element of the design brief was that the car had to fit on the Hot Wheels orange track and perform a loop.