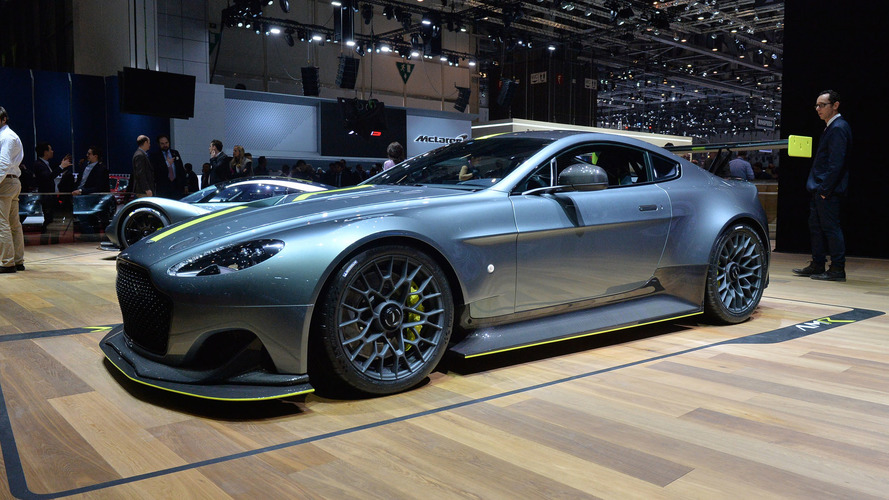 Every core Aston will soon get AMR or AMR Pro versions.

Aston Martin is using the Geneva Motor Show as the ultimate stage to debut its new AMR sub-brand, and brought along two fierce concepts in the Vantage AMR Pro, and Rapide AMR to kick the party off. We were able to recently preview and get first-hand details on AMR at Aston’s Gaydon, UK, headquarters, ahead of its big reveal today.

Aston’s chief designer, Miles Nurnberger, says that while AMR will be a sub-brand, “we see it as a philosophy, it’s about the way we go racing.” Nurnberger tells Motor1 that Aston Martin Racing has been strictly concerned with the automaker’s racing efforts, and Aston Martin with its beautiful sports and supercars. AMR will help bring the mission of the two divisions together, to produce more extreme versions of Aston Martin’s core lineup.

“Some of this goes back to One-77, where we’re mixing race and craft together, to make something more. That had beautiful carbon fiber right next to saddle leather, it was a very unusual mix, and no one was really doing that.” Nurnberger says that idea was furthered in the CC100, GT8, GT12, and Vulcan. “It’s the two worlds colliding, but in a very luxurious way, that’s the difference we bring to it.”

While those models were met with great success, there was no overlying strategy to bring it all together. Aston Martin AMR changes that, with Aston CEO Andy Palmer saying that every core model in Aston’s lineup will receive a production AMR version. Palmer says GT8 and GT12 showed that Aston customers love raw, race-bred versions, but that there’s also an opportunity to create more dynamic cars, but still stop short of the truly hardcore, special series models.

Aston’s executive vice president and chief creative officer, Marek Reichman, says AMR just makes sense, after sportier versions of some of its cars sold out. “AMR enables us to take Aston Martin into a new dimension. One where we can turn up the sporting DNA in all of our models and really make a statement.” Reichman sees AMR as an opportunity to amplify Aston’s cars, and the two that it has brought to Geneva – alongside its future Valkyrie hypercar – all in AMR’s signature Stirling Green color with lime green accents, do just that.

There will be two levels of the new brand, AMR, and AMR Pro, as indicated by the Vantage AMR Pro, and Rapide AMR. Pro is the more hardcore, focused, lightweight, carbon-bodied version ready for the track. Expect further aerodynamic work, race-spec parts and components, and significant performance tweaks.

All AMR core models will be developed and part of the central vehicle engineering teams, though Pro models will be led by Q by Aston Martin Advanced Operations, and managed by the head of Special Ops, David King, who can boast Vulcan, the GT8, and GT12 as his recent credits. AMR’s European development and brand center will be based at Aston’s state-of-the-art Nürburgring Test Center, within view of the famous Nordschleife race track.

Nurnberger says the racing theme continues inside, with abundant carbon fiber, a plush Dark Knight Alcantara upholstery with lime green accents, and a custom roll cage designed by Q by Aston Martin. “We’ve stripped as much as we could, but in the end, it adds up to being the most luxurious race car you’ve ever sat in. It’s not full-on rawness, because you’ve got that comfort and quality of materials.” Aston chief Andy Palmer says it will limit Vantage AMR Pro to just seven examples, making it one of the rarest Aston Martins.

The Rapide AMR is still pretty hardcore, but more autobahn-blaster than track-tormenter. The Rapide AMR will feature Aston’s 6.0-liter V12 engine, and the world’s fastest four-door car will breathe through a new quad-exhaust. The sportier Rapide will ride on 21-inch wheels, and also gets the new full-height grille, front splitter, side sills, rear diffuser, and an aero flip at the rear to help with downforce. Nurnberger stresses that all AMR models will always have performance upgrades, and won’t just be sporty kits. The performance could come in the way of power, or stability, handling, and aerodynamic tweaks.

The interior of the Rapide AMR is characterized by its extensive use of carbon fiber, from carbon fiber front seats, to the carbon waterfall, center console, and door casings. Lush Alcantara and lime green accents blend luxurious elements with the race inspiration. Aston says it will build just 210 examples of the Rapide AMR, making it very exclusive in its own right. 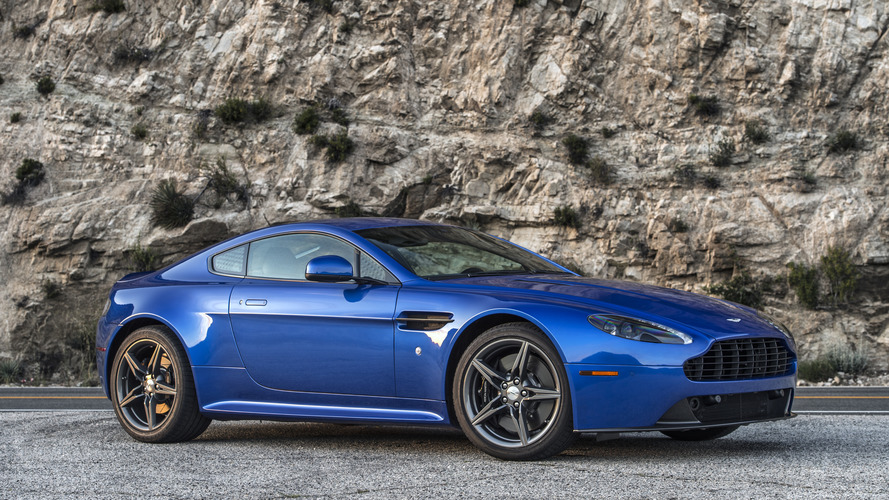