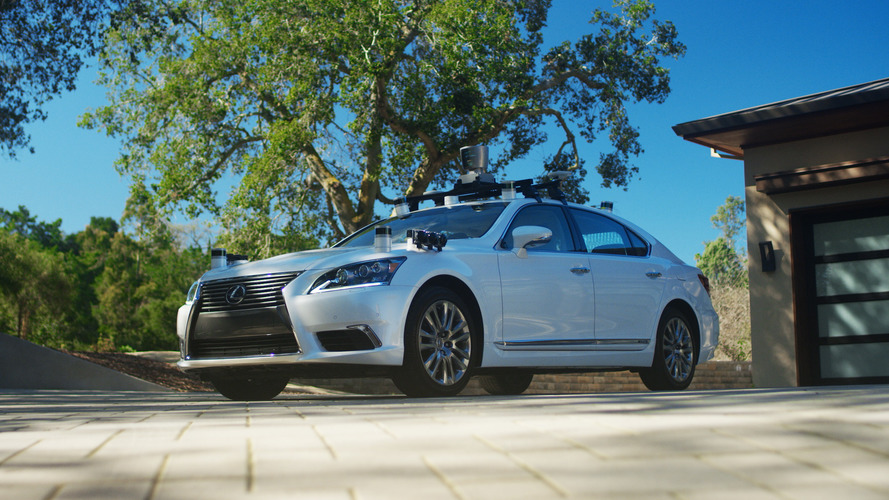 The Japanese company is working on two autonomous research paths.

Toyota is continuing its autonomous adventure with the launch of the second generation “advanced safety research vehicle,” which was introduced at the company’s Prius Challenge event in Sonoma California. The Japanese manufacturer claims it holds more patents in the field of self-driving machines than any other company, citing a report from Intellectual Property and Science division of Thomson Reuters. The automaker’s autonomous project started in 2005 at its technical center in Ann Arbor, Michigan, and is now continued through Toyota Research Institute (TRI), a wholly owned subsidiary of Toyota, established in 2015.

The test platform is based on the current generation Lexus LS 600hL and features a drive-by-wire interface. The second generation of the prototype is designed to be “a flexible, plug-and-play test platform that can be upgraded continuously and often.” It will be used from Toyota to develop the two core research paths TRI is working on: Chauffeur and Guardian systems.

The first one refers to the fully autonomous systems, classified by SAE as Level 4 and Level 5 autonomy. The Guardian path refers to assist systems of highest levels, capable of monitoring the driving process, giving alerts to the driver and even stepping in when needed.

Toyota says the improved prototype is a “smart vehicle” designed to learn and “get smarter over time.” It will study different driver habits and will benefit from data gathered by other similar vehicles. The company believes “Guardian can probably be deployed sooner and more widely than Chauffeur” and promises Automatic Emergency Braking will be standard equipment on nearly all U.S.-sold Toyota models by the end of 2017 – about five years ahead of NHTSA’s 2022 target date.

Toyota’s work on autonomous vehicles in the United States began in 2005 at its technical center in Ann Arbor, Mich.  The company secured its first U.S. patents in the field in 2006.  According to a report last year by the Intellectual Property and Science division of Thomson Reuters, Toyota holds more patents in the field than any other company.

The system is computationally rich, focusing heavily on machine vision and machine learning. The layered and overlapping LIDAR, radar and camera sensor array reduce the need to depend too heavily on high-definition maps – especially for near-term systems which will be designed for use in areas where such maps don’t yet exist.

The platform is the second generation of the advanced safety research vehicle revealed to the public by Toyota at the 2013 Consumer Electronics Show. It is built on a current generation Lexus LS 600hL, which features a robust drive-by-wire interface. The 2.0 is designed to be a flexible, plug-and-play test platform that can be upgraded continuously and often. Its technology stack will be used to develop both of TRI’s core research paths: Chauffeur and Guardian systems.

Guardian is a high-level driver assist system, constantly monitoring the driving environment inside and outside the vehicle, ready to alert the driver of potential dangers and stepping in when needed to assist in crash avoidance.

“Basically, it is a smart vehicle designed to get smarter over time,” said Pratt. “It will learn individual driver habits and abilities and will benefit from shared intelligence from other cars as data gathering, sharing and connectivity technologies advance.  We believe Guardian can probably be deployed sooner and more widely than Chauffeur, providing high-level driver-assist features capable of helping mitigate collisions and save lives, sooner rather than later.”

Toyota’s approach to Automatic Emergency Braking shows a similar commitment. It will be standard equipment on nearly every model and trim level of Lexus and Toyota vehicles in the US by the end of 2017, five years ahead of NHTSA’s 2022 target date.

Taking place on March 3, the Prius Challenge brings together a select group of entrepreneurs, technologists and Silicon Valley automotive enthusiasts to engage with the Toyota Research Institute while having some fun at the Sonoma Raceway.  The goal: to increase dialogue and build a community around the topics of mobility, data science, artificial intelligence and robotics.