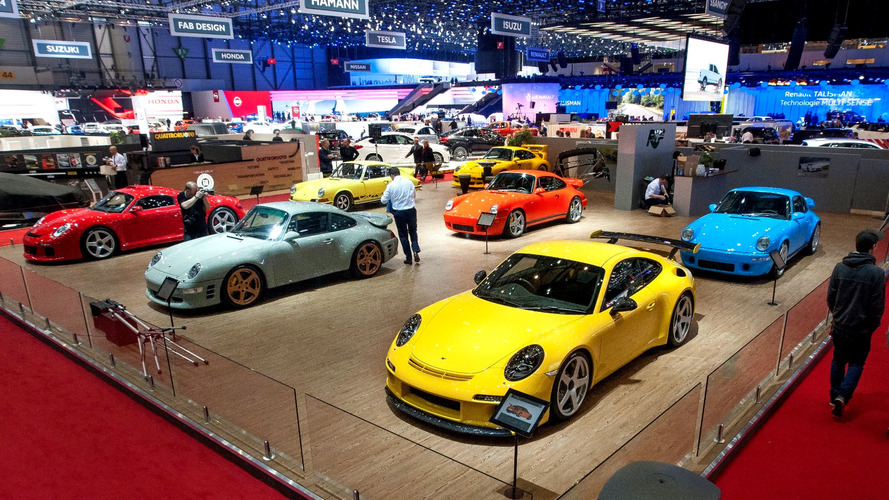 Some say RUF is a tuning firm, but the German government recognizes the company as a manufacturer. That’s possible, because the studio uses Porsche platforms, but engineers and manufactures its own cars installing more and more home-made parts and components. The company’s independence will once again increase at the 2017 Geneva Motor Show, where RUF will present its first-ever vehicle, engineered, designed, and manufactured entirely by the company itself.

The Germans are teasing, but not previewing with an image, the vehicle, saying it will feature a bespoke carbon-fiber monocoque chassis, “marking a new milestone for the brand.” RUF tried something similar in the early 2000s with the R50 prototype, which, unfortunately, never made it to production.

The new vehicle will be inspired by arguably the most famous product RUF has ever released – the mythical biturbo CTR, also known as the Yellowbird. The car was launched in 1987 and featured an enlarged and retuned version of Porsche’s 3.2-liter flat-six engine, upgraded suspension and brakes, a custom-designed transmission, lightened body panels, and integrated roll cage. Power varied, but the lowest numbers were around 470 horsepower (350 kilowatts) and highest were closer to 500 hp (373 kW). Acceleration from a standstill to 62 miles per hour (0-100 kilometers per hour) took 3.65 seconds and top speed was 210 mph (340 kph). Yes, in 1987.

The connection between the company’s first in-house developed vehicle and the classic CTR gives us reasons to believe (and hope) the new car will be a real beast. There’s no word on the engine that will be used, but a highly-retuned version of Porsche’s current flat-six motor sounds like a very possible choice.

Honestly, we can’t wait for tomorrow to come and find out all the official details about the car. Until then, stay tuned and enjoy this classic video of the Yellowbird lapping the Nurburgring.

RUF Automobile GmbH will hold a global product debut next week during the 87th Geneva Motor Show. This year marks an important milestone for the brand as it unveils the first-ever road car engineered, designed and manufactured by RUF Automobile in the spirit of the 1987 Yellow Bird.

RUF Automobile GmbH. will unveil its first-ever sports car based on its first in-house designed carbon monocoque chassis, marking a new milestone for the brand.