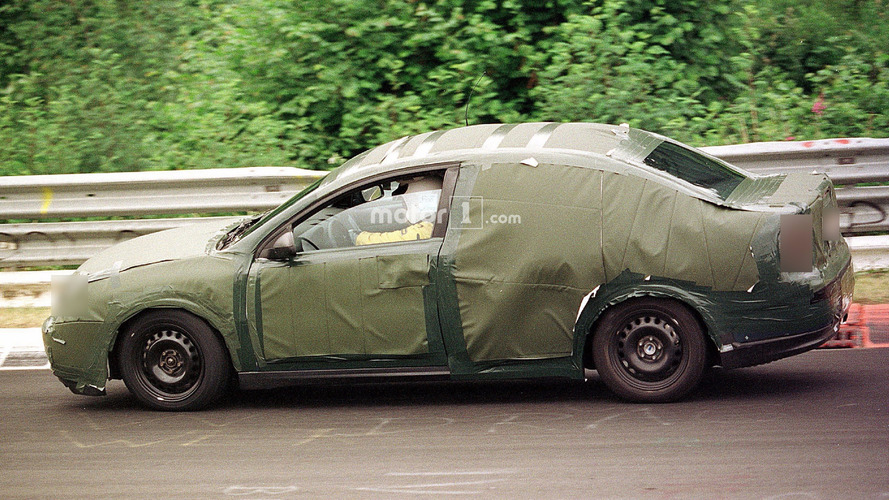 Sold by four automakers and closely related to a model from a fifth company.

[Update] And the answer is... Opel/Vauxhall/Holden/Chrysler Vectra, which had a lot in common with the SAAB 9-3.

After the Jaguar X-Type luxury sedan from last Saturday, this week we have a mysterious model that was substantially easier on the wallet since it wasn't a premium model. Like most of our spy shots so far, it’s from the early 2000s with the unknown prototype testing on the Nürburgring circuit in Germany. The sensible model was preparing for what was to become its third and final generation.

Sold with four different badges and heavily related to a fifth model belonging to a now bankrupt automaker, the car you’re looking at was sold with three body styles: four-door sedan, five-door hatchback, and a more practical wagon version, which had a longer wheelbase.

It also spawned a somewhat more upmarket version with a different nameplate that for legitimate reasons never really caught on and as a consequence it's nowadays a rare sight on the streets. That one was based on the wagon version, so it had the stretched wheelbase granting ample legroom in the back where there were two individual seats instead of the regular model’s three-seat bench.

To spice up the range, a high-performance version with a beefy V6 engine was added to the range later in the life cycle with more than 250 horsepower in the facelifted model.

Sold in both left- and right-hand-drive markets, the model in question was phased out in 2008 to make room for a new model featuring an entirely different moniker. The latter has recently made the transition to a second generation and will be in Geneva next week in sedan and wagon versions.

Check back tomorrow morning (GMT) to find out the answer to this week’s spy photo riddle. In the meantime, you can try and guess the car’s identity in the comments section below.