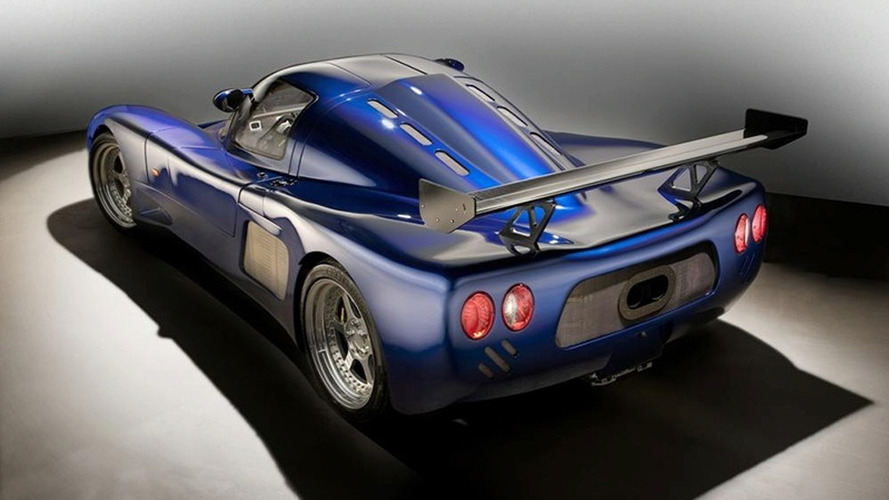 Two Indiana men claim to have built the fastest street-legal car in the world.

Two Indiana men claim to have built the fastest street-legal car in the world. Although mum's the word on its top speed, they say the Maxximus G-Force beats the Bugatti Veyron's acceleration time by going 0-60mph in just 2.1 seconds. It has an amazing 0-100mph (161 km/h) time of 4.54 seconds, and a 0-100-0mph time of 8.86 seconds!

To truly win the title of fastest production car, the Maxximus will have to reach a top speed of 257 mph. The current title is held by the SSC Ultimate Aero TT. The SSC Aero is powered by a 6.35-liter twin-turbo V8, taking the benefit of 1287 hp, 1112 ft-lb of torque, and a top speed of 256 mph. Despite the recorded top speed, the Aero is geared to 272 mph.

The Maxximus G-Force, on the other hand, takes commands from a 7.0-liter twin-turbo V8 built by Chevrolet. Torque ratings are unknown, but since the car weighs 50 pounds less than the SSC Aero, the only thing standing in its way from the official "fastest production car" record would be a solid gearbox. It has already been certified Fastest Street-Legal Car by the World Records Academy. However, the credentials of the WRA, and the verification process they use, is unknown.

Maxximus G-Force is the brainchild of Securities specialist Dr. David McMahan, and his one-time chauffeur Marlon Kirby. During a limo ride, the two got to talking about cars, with McMahan saying he wanted a truly one-of-a-kind supercar. Kirby shared the same passion, and offered to design the vehicle if McMahan would bankroll the project. Soon after their conversation, Kirby began development of the G-Force by acquiring the exotic British-made ultima GTR 720. He replaced much of the chassis, the drivetrain, the gearbox, and put in the new engine with an aluminum block. Paddle-shifters control the three-speed transmission, and AP Racing brakes utilize six-piston calipers and 14.2-inch rotors to slow down the car.

You can't race this thing around for too long. The engine is capable of burning through the fuel in nine minutes.

With a cost of $3 million, the Maxximus G-Force will be introduced to the public at the Big Boy's Toys Super Show in Abu Dhabi on 30 April.