Roborace: 'This car is from the future, and it's here now' 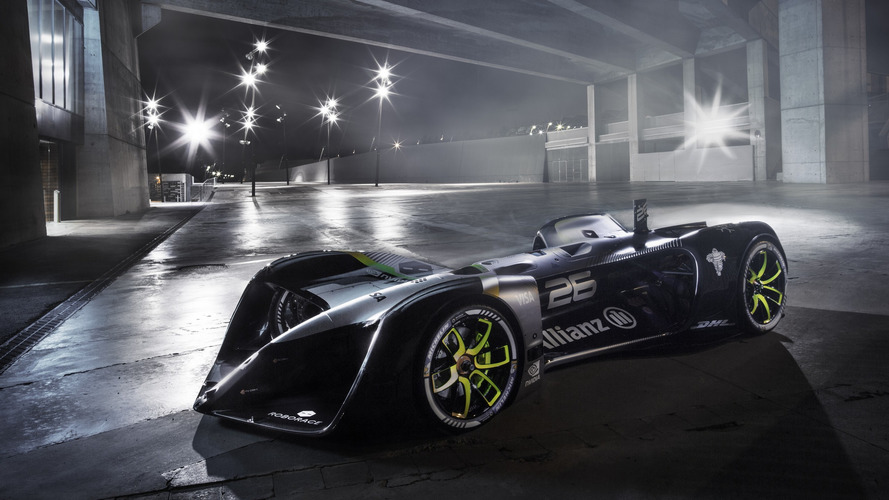 The driverless racing car is here — but it looks like full-on races are a couple of years out.

Roborace is all about the future. Like it or not, autonomous cars – ones that drive themselves with no real-time human input – are going to be a big part of that future on the world’s roads.

And, as the cliché goes, once you’ve built two cars, you’ve got yourself a race.

When you look back to the very start of motor racing, in the mid-19th century, the first aim was to prove the concept – that automobiles could be reliable and were safe. And then, competition was born to see who could produce the best machine and go fastest.

It’s a case of history repeating for the driverless car. Roborace is the first platform to emerge with similar stated aims: firstly to prove the technology is safe, and then spawn competition to see who’s best at going fastest.

Its CEO, Denis Sverdlov, has a clear vision of the future of the automobile: “I really believe by 2025 we will see a lot of driverless cars with full autonomy. With the technology available, that’s absolutely possible.

“Of course it will take time to make new laws for that, but this is the future. It is already here. This car is from the future, and it is here. So it’s happening now.”

The new Robocar is, put simply, the world’s first pure, driverless electric racing car. It is the base for a planned competition – likely within the next two years ­– that will see computer programmers, not drivers, go head to head to see who does it best.

“We want to use this Roborace series as a platform for the most advanced technology companies to test and also learn from this competitive environment under time pressure to improve their technologies,” says Sverdlov.

So far, the project has revolved around an electrically-powered Ginetta LMP3 chassis called DevBot, which has lapped a number of tracks in autonomous mode. Recently, it has been joined by a second car, and they lapped the Buenos Aires Formula E track together – until one of them crashed. All part of the learning process…

“DevBot is important for the lifecycle of development, there is a stage where there’s kind of a battle of the algorithms and you want to test this in a real environment,” adds Sverdlov. “For that purpose we first needed to have a driver to control it and train it, and for that we had the DevBot.

“But [Robocar] is the car where we don’t have a driver any more. So you put the algorithms in, and it goes. Ultimately we want to see at least 10 teams competing with each other, and it will be amazing racing.”

To do that, Roborace needs teams – most likely with technology companies not only backing them but providing the computer scientists who are going to be the new human ‘stars’ of this show.

“We have more than 100 requests to have a team,” says Sverdlov. “But I think it will take time for everyone trying to get these places to understand what it is, really. How much they need to invest in terms of time and resources. How important this will be for them, so they can reuse everything they create here for their other projects.

“It will take some time and until we see real racing, our internal team – we call it ‘Demo AI driver’ – they will create different shows. There we can just show how the technology is working out.”

When will we see a ‘proper’ race?

So what’s the timeline like before we see a real, full-on autonomous race between multiple cars and teams?

“If it would happen within the next two years, it would be a good result,” replies Sverdlov. “To develop those advanced algorithms, it takes time.

“It’s one story to develop for the road car, where we see 30mph or 40mph, but we’re talking about 200mph. Of course, you can use the same techniques as they use for road cars, but the speeds here – and all the conditions – are much more extreme. That will take time.”

It will also take time to convince a public that’s been watching humans race cars for over a century. How is Roborace going to appeal to them?

“In reality it is, because if you take software developers who are creating this, they can make mistakes. A lot of elements of the strategy – such as how you avoid collisions – there’s so much intelligence at work, you can’t say it’s not human. It’s human, but they are not driving – they are creating algorithms to drive, they teach the robot to be the best driver. I see a lot of drama there, and I see a human element.

“I think we will see changes in the motorsport industry in general. I think that for fair competition between drivers, they need to have the same car where they can show their skills, so it’s not about budgets of the teams who are building the cars. So that’s one story.

“Another story is the technology. We understand the future of the automotive industry is electric, driverless cars that are connected – and this is it. This is where all the technologies can be developed and tested.”

One tantalising possibility this raises is to match an autonomous car against a human-driven equivalent – especially as DevBot has a cockpit and can be driven by a human.

“I think we will be ready faster than we think – I think we’ll see it very soon,” says Sverdlov. “It would be a very different competition, because when the driver sits in a car, he takes a life risk, and this car doesn’t. So it’s already not a fair competition – the level of risk each car can take is different.

“But in terms of driver’s skills – we can definitely see a driver doing a lap, and then this car doing a lap. And the question is: who is going to do this lap faster?

“This computer brain calculates every millisecond, which is much, much faster than any human. The challenge is that the car has to have the hardware skills to do this.”

So what comes next?

This week’s unveiling of the Robocar at Mobile World Congress in Barcelona, Spain was an essential step in Roborace becoming reality.

“The biggest challenge was to build the car itself,” admits Sverdlov. “We packaged the most advanced technology here in quite a small body.

“It looks big, but the space we can use is really tiny. I think now the next step is just how it will develop. It’s baby steps, to see how the algorithms develop and then we will see more advanced things.”

And the next challenge ahead?

“I don’t think we have challenges now,” he adds. “It’s just the beginning of a very beautiful journey.”