Only a few applicants are accepted to the program each year.

Ferrari wants to make sure its timeless classics receive the same mechanical support enjoyed by modern supercars. To that end, Ferrari has beefed up its apprenticeship program in Europe to cover all kinds of training on old-school technology. And when we say old-school, we’re not talking about first-generation OBD-1 systems or stereos with cassette players.

Through the program, students who want to pursue an automotive career with Ferrari can get familiar with all kinds of archaic motoring technology from yesteryear, including:

The Ferrari North Europe Apprentice program is open to 16-19 year olds interested in a service-based role working for a Ferrari dealership. Service and parts advisor apprenticeships last two years, while technician apprenticeships for service and body repair run three years. To delve into the classics, students must be in one of the three-year programs. 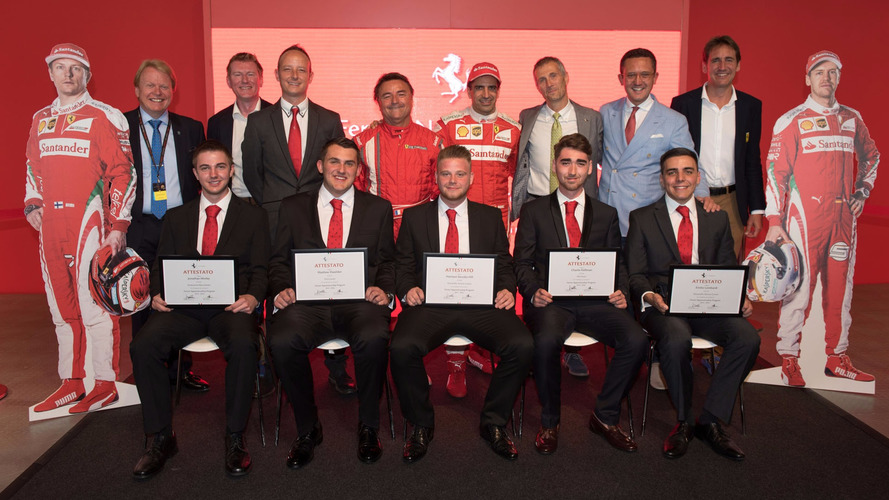 Obviously, not every person who fancies a gig wrenching on Ferraris can score an apprenticeship. Ferrari North Europe receives over 1,000 applicants every year for just 15 spots on the roster. Ferrari dealers in the U.K. commit to taking on at least one apprentice during the program, which includes 24 weeks of specialized training at a purpose-built facility in Slough, just west of London. The shop features state-of-the-art classrooms for traditional and computer-based studies, not to mention $25,000 worth of tools and a range of Ferraris for getting the all-important hands-on experience. All total, Ferrari North Europe invested more than $600,000 in the specialized workshop. And when all is said and done, graduates are offered a job with Ferrari.

With technology progressing at such a rapid pace, it’s nice to see a manufacturer working to keep the trade secrets of analog mechanical components alive with a new generation of gearheads. Well done, Ferrari.

In this digital world of apps and smartphones, where you can pay for a coffee with your phone, and unlock that phone with a fingerprint scan, most school-leavers have no understanding of what a ballast resistor ignition system, a down-draught 6-carb Webber, or a straight-cut dog-mesh gearbox is, or how they work. In fact, very few school-leavers have any experience of what gearboxes were like to use before flappy paddles became so fashionable1 or had no synchromesh.

That is why Ferrari has upgraded its Apprenticeship programme for school-leavers aged 16-19 with a new training module focused on Classic Car Technology, including:

Apprentices who are enrolling in the September 2017 intake can expect to complete these training modules in the 3rd Year of their Apprenticeship.

The Ferrari North Europe Apprentice programme is open to 16-19 year olds who are interested in working at an Official Ferrari Dealer in one of the following roles:

Candidates wishing to apply for the September 2017 intake should check for the latest vacancies and register their interest via: www.ferrariapprenticeship.co.uk.

Ferrari North Europe’s investment in the new Apprenticeship facilities amounts to over £500,000 and includes: