Will give kids nightmares.

It was at the very same Geneva Motor Show back in 2014 where Lexus unveiled the RC F GT3 concept and now it’s about to introduce the namesake race-ready version. Wearing all-black attire, the RC F GT3 takes the shape of a thoroughbred race car attached to a massive rear wing and diffuser. It will celebrate its European debut next week at the auto show in Switzerland before embarking on a busy racing schedule in United States, Japan, and Europe.

In the U.S. of A., two track-only RC F GT3s are members of the 3GT Racing team and take part in the GTD class of the IMSA WeatherTech SportsCar Championship Series. In the Land of the Rising Sun, another two are racing in the GT300 class of the Super GT Series as part of the LM corsa team. On the old continent, the Farnbacher Racing and Emil Frey Racing will resume the development work initiated last year, with the goal to participate in GT3 racing further down the line. 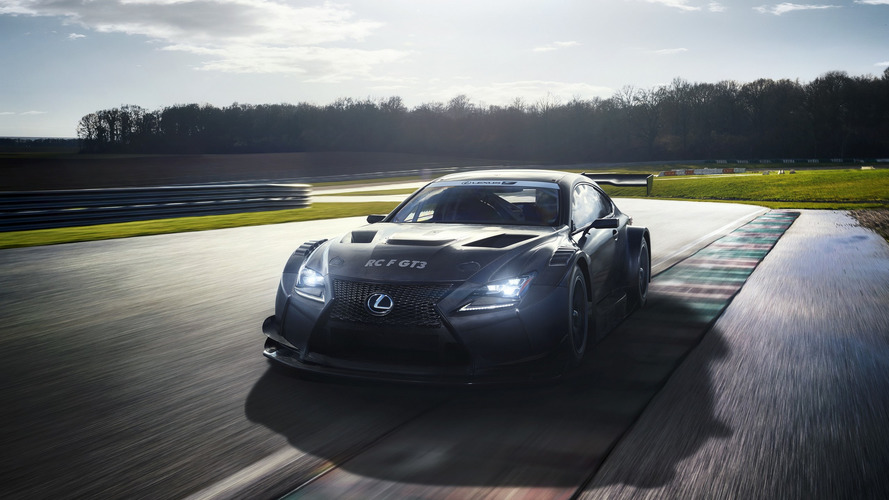 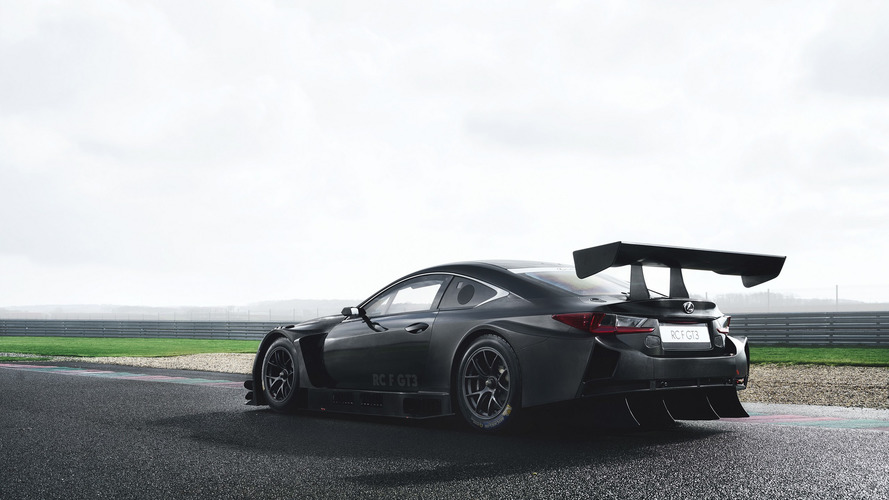 Needless to say, the GT3 version is based on the road-going RC F and uses an enlarged 5.4-liter V8 engine developing more than 500 horsepower (373 kilowatts), so it’s stronger than the 467-hp 5.0-liter of the regular model. Details about the amount of torque delivered by the eight-cylinder engine are not available at this point, but we do know the RC F you can drive on public roads has 389 pound-feet (527 Newton-meters) on tap.

The RC F GT3 will share the spotlight in Geneva starting March 7th with the all-new LS 500h set to celebrate its world debut.

Lexus is increasing its focus on motorsport in 2017 with the RC F GT3, aiming to strengthen the performance image of its brand with a growing audience of race enthusiasts worldwide.

The all-new car, now homologated by the sport’s governing body, the FIA, will participate in racing championships in USA and Japan, as well as a number of selected European races.

In the USA, Lexus has supplied two Lexus RC F GT3 to the 3GT Racing team, to compete in the GTD class of the IMSA WeatherTech SportsCar Championship Series.

In Japan, two cars are contesting the GT300 class of the Super GT Series with the LM corsa team.

In Europe, Farnbacher Racing and Emil Frey Racing, the two teams which competed in VLN Endurance series with RC F GT3 prototype vehicles last year, will continue their development work this season, aiming to compete at higher levels in GT3 racing in Europe in the future. On this basis, they will compete in European races in 2017, including selected events in the International GT Open series.