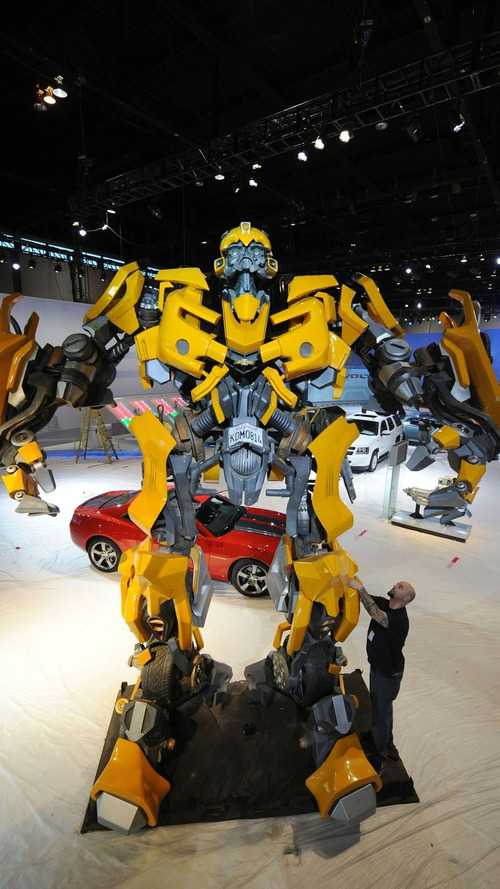 Time-lapse video shows the assembly of the Autobot Bumblebee at the Chicago Auto Show's Chevrolet exhibit.

Sure, it would have been fun to watch the Autobot Bumblebee zoom into McCormick Place in Chicago in Chevy Camaro form, spin out and transform into his robot mode right there on the show floor. Alas, Hollywood (and special effects) don't quite work that way, and so Bumblebee's 5.2-meter form is just a fancy statue. It's still pretty cool, but as this time-lapse video shows, the transformation process takes a bit longer than it does in the movie.

Viewed up close, the Autobot replica is still pretty impressive, with various automobile components including the Camaro's taillights, brake rotors and body panels visible as integral parts of Bumblebee. The version on display is from the first movie; for the sequel, Bumblebee's a bit more bulked up, and his Camaro form is based on the production Camaro rather than the prototype. The minor design differences have been worked into the story of Transformers: Revenge of the Fallen.