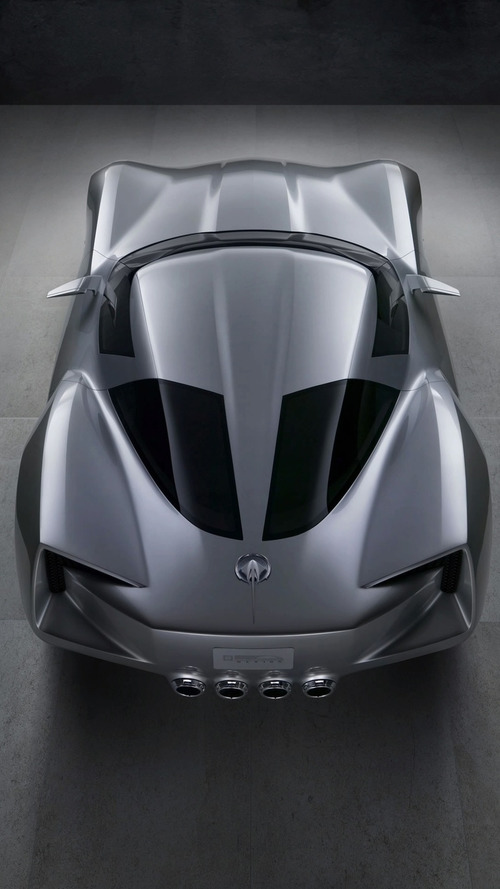 After much speculation, the identity of the Transformers movie character Sideswipe has been revealed as the Chevrolet Sting Ray Concept

The identity of the "mystery" Transformer seen in spy photos on the set of Transformers: Revenge of the Fallen has finally been revealed. The vehicle, which will play the character "Sideswipe" in the movie, is a design study called the Corvette Sting Ray, according to GM Global Design Vice President Ed Welburn.

Welburn introduced the car at the Chicago Auto Show. The Sting Ray concept hasn't been seen before now. It's an extreme styling exercise that combines elements of the current Corvette and the classic 1963 split-window Corvette Sting Ray. Extravagant, shoulder-like fender flares and extreme curves make this car into what Welburn calls "an exercise in exploration for the Corvette." The influence of the '63 model can be seen in the Sting Ray's split rear window and rear silhouette, as well as in the update of the stylized Sting Ray badge.

Since photos from the Transformers set have been leaking onto the web, the Sting Ray concept has created quite a bit of stir as auto spies and Corvette fans alike traded rumors as to what the vehicle might be.

Alas, there are no plans for production. Transformers director Michael Bay reportedly toured the GM styling studios looking for new characters for the movie, saw the Sting Ray concept, and was so impressed by the car that he created a character for it, just to get the car into the movie.