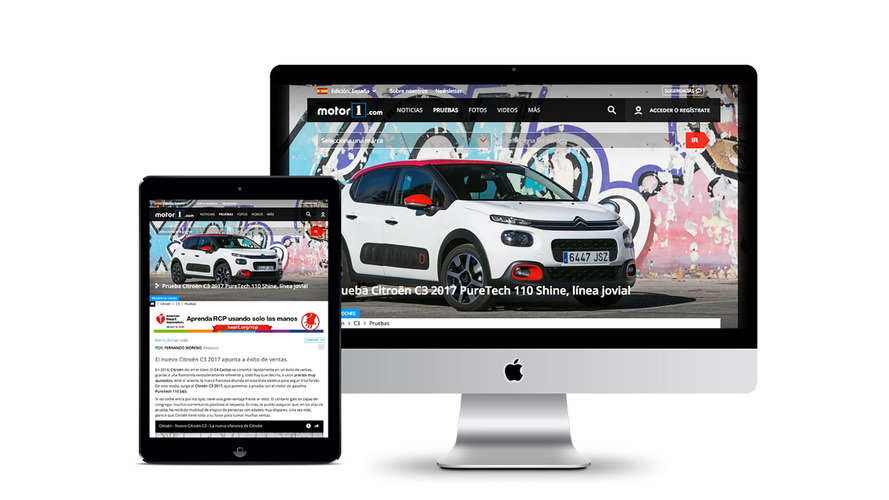 The Spanish edition is the sixth language version of the site intended to serve the growing automotive market in Spain.

February 28, 2017, Detroit, MI. Motor1.com, the leading global source of online car reviews, news, and information and part of Motorsport Network, today announced the sixth language version of its digital platform. The dedicated Spanish language edition complements its stable of English, Italian, French, Portuguese and Turkish editions which serve 12 markets. The development is another step towards the ambition to build a ‘global-local’ presence in 15 languages by the end of 2018.

The launch of Motor1.com Spain comes at a time of strong growth for the Spanish car industry. Year-on-year new car sales grew by 11% in 2016, and the domestic manufacturing sector is building 8,000 cars a day.

Key to this strategy is a commitment to build expansion from a foundation of best-in-class talent and deep in-market expertise. Francisco Fernández, a seasoned industry journalist, will lead Motor1.com Spain as Publisher and brings extensive media experience from leading automotive magazines including Altagama and Coches 2000. He will be supported by Jesús Doncel, formerly of Unidad Editorial, who will head commercial operations.

The Spanish language edition will sit under the direction of Geoff Love, President of European Operations, and be supported by Gustavo Roche, Senior Vice President of Business Development. The site joins Motorsport.com Spain, which has been in operation since April 2016 and is headed by the much respected former F1 commentator, Jacobo Vega.

Francisco Fernández said, “We’re very excited to be opening a new chapter with Motor1.com Spain. It is a demographic that is passionate about cars and until now this audience has been served by a fragmented media sector. We plan to serve our audience with the best of localised market-relevant content, but also benefit from the scale and resource of the best automotive platform in the world.”

Gustavo Roche added, "Spain is a pivotal market in Europe with ramifications to Latin America. In 2016, new cars sales passed the 1,100,000 units, making it one of the biggest in the continent in a very active marketplace. This new edition marks the next logical step on Motor1.com expansion strategy”.

Motor1.com is a technologically advanced international digital media group specializing in automotive content while delivering the latest news, car reviews, buying guides, car shopping, and premium video production. It is part of the Motorsport Network family of digital media platforms and is published in multiple language editions and is viewed by millions every month

Motorsport Network connects hundreds of millions of people who love motorsport and cars. Our technology and distinct brands distinguish our unique content and services to help us engage motorsport and auto fans in 17 languages. We connect this universe with television, digital content, live events, e-commerce, gaming and social networking to unify people with a passion for all things automotive. As a global digital media company, we are your gateway to the world of road and racing.