2018 Volvo XC60 to autonomously steer you out of danger 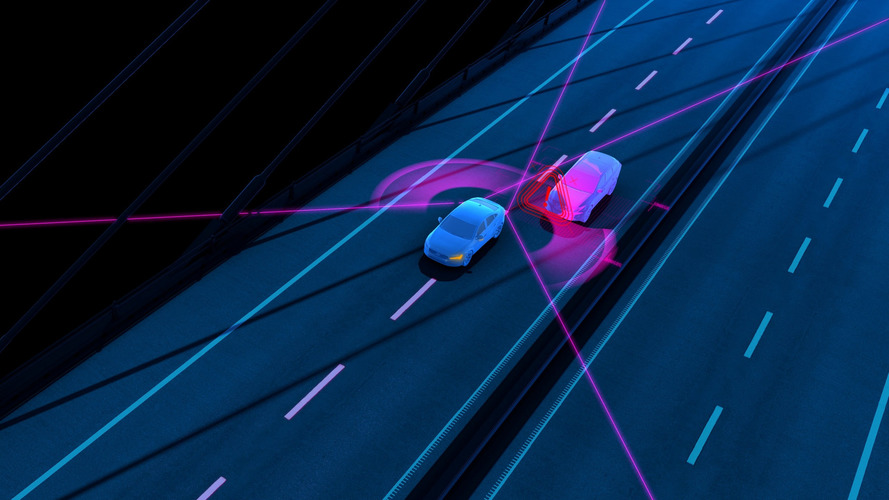 The next-gen XC60 will see the introduction of three new driver assistance features.

Another day, another round of teasers from Volvo. This time it’s more significant as we get to find out the new XC60 will be clever enough to steer on its own in order to avoid a potential collision. The company’s City Safety array of driver aids has been upgraded to include steering support, which will kick in whenever automatic braking system won’t be enough to avoid an impact. It’s going to work at speeds between 31 to 62 miles per hour (50 to 100 kilometers per hours) and will increase the chances of being able to avoid a potential hazard, such as a car, pedestrian, or a large animal.

Steering assist will also be automatically activated even when other cars are going to be in the XC60’s blind spot. Needless to say, this functionality will be available only on the models fitted with the optional Blind Spot Information System. If a vehicle is detected in the SUV’s blind spot, the XC60 will autonomously steer its way back into the suitable lane to avoid a crash.

Last but not least, the 2018 Volvo XC60 will also boast a new system called “Oncoming Lane Mitigation,” which will help the driver avoid a possible collision with the cars in the oncoming lane. It does that by alerting the person behind the wheel whenever he or she wanders out of the driving lane by automatically providing steering assistance to guide the car back into the correct lane. This new safety function is going to be active between 31 to 62 mph (50 to 100 kph).

Besides these three novelties, the next XC60 will boast the already familiar safety kit borrowed from the larger “90” series models, including Run-off Road Mitigation, Large Animal Detection, and semi-autonomous driving capabilities.

Volvo will take the wraps off the new XC60 at the Geneva Motor Show next week.

Volvo Cars, the premium car maker, has announced that the new XC60 SUV – which will be revealed at the Geneva Motor Show – will feature three new advanced driver assistance features aimed at keeping the driver out of trouble.

The new safety features are designed to provide the driver with automatic steering assistance or support – when required – to help avoid potential collisions. Volvo believes that these new features will make the new XC60 one of the safest cars on the road.

“We have been working with collision avoidance systems for many years and we can see how effective they are. In Sweden alone we have seen a decline of around 45 per cent* in rear-end frontal crashes thanks to our collision warning with autobrake system. With the XC60 we are determined to take the next step in reducing avoidable collisions with the addition of steering support and assistance systems,” said Malin Ekholm, Senior Director, Volvo Cars’ Safety Centre.

City Safety has been updated in the XC60 to include steering support, which engages when automatic braking alone would not help avoid a potential collision. In such circumstances, the car will provide steering assistance to avoid the obstacle ahead. City Safety helps to avoid collisions with vehicles, pedestrians and large animals. Steering support is active between 50-100 km/h.

Volvo Cars has also added a system called Oncoming Lane Mitigation, which helps drivers to avoid collisions with vehicles in an oncoming lane.

The system works by alerting a driver who has unwittingly wandered out of a driving lane by providing automatic steering assistance, guiding them back into their own lane and out of the path of any oncoming vehicle. This system is active between 60-140 km/h.

“All three of these new features represent clear steps in our work towards fully autonomous cars,” added Malin Ekholm.

Volvo Cars’ optional Blind Spot Information System, which alerts drivers to the presence of vehicles in their blind spot, has also received an update to include steer assist functionality that helps to avoid potential collisions with vehicles in a blind spot by steering the car back into its own lane and away from danger.

“We have all of the benefits of the safety technology we introduced in our larger 90 Series cars in the new XC60. This is fully in-line with our strategic approach to develop automotive safety systems based on real-life, real-road safety. Our vision is that no one will be killed or seriously injured in a new Volvo car by the year 2020,” added Malin Ekholm.

The XC60 will deliver a host of high-end safety systems, just like its larger 90 Series siblings, including Large Animal Detection, Run-off Road Mitigation and the semi-autonomous driver support and convenience system Pilot Assist as an option.

The new Volvo XC60 will be revealed at the Geneva Motor Show.

* Collision Warning with Autobrake is a part of the City Safety system. The 45% reduction in rear-end frontal crashes in Sweden relates to cars equipped with the third generation of this technology.